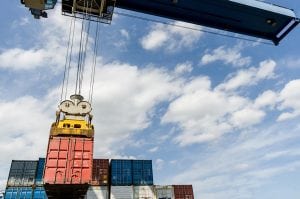 A global company has been approved to inspect containers and collect fees on used electronics shipped to an area of the world that has been mired in e-scrap export controversy.

Leaders in the West African country have approved a deal with Switzerland-headquartered inspection and certification company SGS. A committee of the Parliament of Ghana estimates SGS will collect up to $100 million a year in fees on used device exports to the country, according to an article published by ModernGhana.com.

SGS, which has tens of thousands of employees in offices around the world, will keep 15 percent of the fee revenue and remit the rest to the government.

Much of that money is slated to go toward building an estimated $30 million e-scrap recycling plant in Agbogbloshie, a district in Ghana’s capital, Accra, according to JoyBusiness.

Construction of the facility is expected to begin later this year and take two years, BusinessGhana reported.

Ghana (and Agbogbloshie in particular) has long grabbed media attention for harmful recycling practices, including burning, that pollute the environment and jeopardize the health of local workers.

Articles have been written, photo essays published and documentaries filmed alleging the district is a dumping ground for significant volumes of e-scrap.

However, other stakeholders have pointed out the district also includes a robust electronics repair and resale industry. One U.S. e-scrap processor who traveled to Agbogbloshie called the mainstream media’s portrayal of the area “a hoax.”