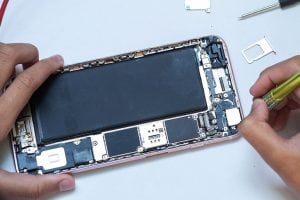 Last week, viewers around the globe got an unexpected peek at how Apple instructs company technicians to dismantle mobile devices. The 11 recordings have since been pulled from public view.

Motherboard reported on the leaked videos, and the site concluded the videos say less about the OEM than they do the success of independent repair efforts.

“What’s incredible here is not that Apple’s internal videos leaked, but that the third-party repair teams have done such an incredible job replicating its procedures without having seen these videos or having access to Apple’s tools,” Motherboard’s Matthew Gault wrote. “Sites such as iFixit have effectively reverse-engineered many of Apple’s techniques without ever laying eyes on this kind of documentation.”

Motherboard linked to the YouTube videos in its July 23 article. Since then, the videos have been disabled.