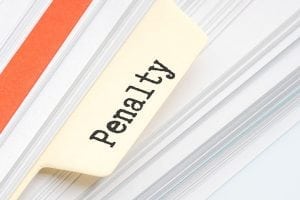 “DEC is directing the facility to address violations including failure to meet reporting requirements, storage of hazardous waste without a permit, improper waste storage, and failure to demonstrate length of time waste was stored,” the agency said in a statement sent to E-Scrap News. “DEC is monitoring this facility to ensure compliance with the order to protect public health and the environment.”

The fine was first reported by the Times-Union newspaper. In an interview with the newspaper, eLot owner Maish Freedman said the issues arose out of the company moving locations in 2015. “This is all just paperwork. There was nothing affecting the environment in any way,” Freedman told the newspaper.

The company did not return an E-Scrap News request for comment by press time.

Inspectors visited eLot in April 2016 and found a number of issues, according to their report. Some stemmed from failing to properly re-register for permits after the move. For instance, certain EPA registrations transferred with the move, but others did not.

Other alleged violations were storage-related. Containers were crowded in the space and some were unlabeled, the report states, making it difficult for inspectors to determine how long materials had been stored on-site. Investigators observed material being stored outdoors in uncovered containers, as well as two broken CRT devices that were not properly contained. The company did not have available records detailing how long material had been stored.

Battery handling also contributed to the fine. The company mixed batteries in with a load of scrap metal, causing the scrap metal customer to reject the load and cancel eLot’s account, according to the report.