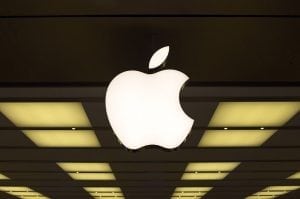 Apple has been penalized by the Australian government for attempting to mislead consumers on whether device warranties are still effective once the device has been serviced by a non-Apple-authorized repair entity.

The Federal Court of Australia ruled June 18 that under Australian Consumer Law a device being repaired by a non-Apple-authorized entity does not void its warranty, and that Apple had misled consumers by claiming their devices were no longer covered.

The case revolved around repairs customers sought after their devices experienced “Error 53,” which refers to an error that arose when customers tried to update to the latest operating systems in 2015 and 2016. The problem rendered devices inoperable.

If the device had been serviced by Apple or its authorized dealers, the company provided free repair. But, according to the initial complaint against Apple, company representatives told customers that if their device had been repaired, serviced or replaced by an entity other than Apple, the company would not – and was not required to – provide free service to fix the Error 53 problem.

According to the court, Apple told at least 275 Australian customers their devices were not covered under warranty because they had been repaired by third-party operators. Apple later provided a fix for the error.

The Federal Court ordered Apple to pay a fine of $9 million Australian ($6.6 million U.S.). The company has 30 days to pay the penalty. Repair advocates have hailed the decision as a victory for the right-to-repair movement.

As part of its investigation, Australia’s Competition and Consumer Commission (ACCC) called a handful of Apple’s retail stores and asked about receiving repairs for phones previously serviced by non-authorized service providers. Apple objected to the evidence being collected in this way, claiming the investigator made false statements by posing as a customer. However, the court ultimately ruled that evidence was admissible.

According to an ACCC press release, after Apple was notified about the ACCC investigation, the company implemented an outreach program to compensate consumers affected by Error 53. Apple also said it would take a number of steps to ensure future compliance with Australian Consumer Law. A statement from Apple said the company “had very productive conversations with the ACCC about this,” according to 9to5mac.com.