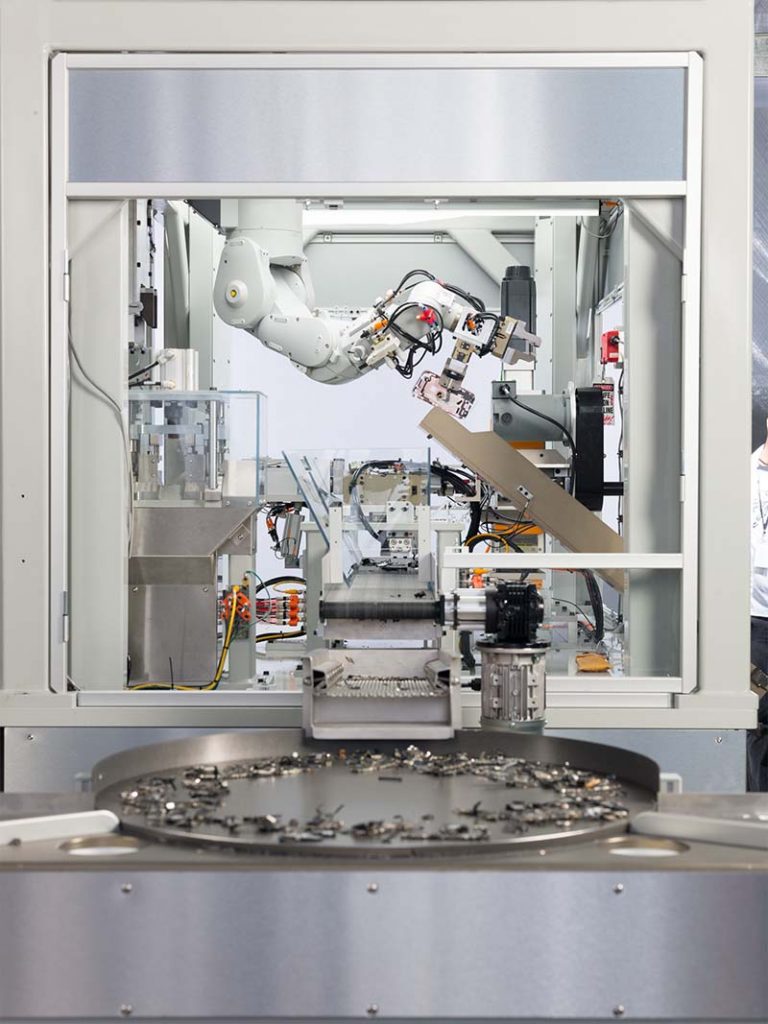 Daisy, Apple’s new device disassembly robot, can dismantle up to 200 devices per hour.

When it comes to in-house recycling, Apple is diving deeper into droids.

The OEM laid out the details on its new robot, “Daisy,” in the company’s 2018 environmental responsibility report that was released in conjunction with Earth Day.

“Existing techniques, such as shredding, recover only a few kinds of materials and often diminish their quality,” the company wrote. “Daisy can take apart up to 200 iPhone devices per hour, removing and sorting components, so we can recover materials that traditional recyclers can’t – and at a higher quality.”

The robot can identify and tear down nine iPhone generations, according to the company.

To complement the new technology, Apple is “making it easier than ever for customers to recycle their old Apple devices through our new Apple GiveBack experience,” wrote Lisa Jackson, vice president of environment, policy and social initiatives, in the report’s introduction.

The environmental report also offered some details about the material recovery prospects by commodity.

The company reiterated its 2017 pledge to use only recycled materials in its supply chain, but went a step further: Apple says it will use recovered materials in its own operations, but also “return an equivalent amount of material back to the market to be used by us or others.”