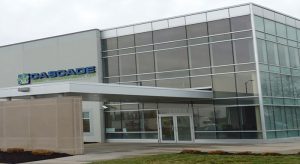 Cascade Asset Management has doubled the size of its Indianapolis facility, a response to greater demand from enterprise customers for its services.

The IT asset disposition (ITAD) company expanded into a recently vacated space adjacent to its Indianapolis facility. After the expansion, the location has the ability to process more than 250,000 devices per year for refurbishment and more than 2 million pounds per year for recycling, according to a press release.

“Cascade has been in the Indianapolis market for more than 10 years and we’ve seen significant growth this past year,” Neil Peters-Michaud, CEO of the Madison, Wis.-headquartered company, stated in the release.

Cascade is seeing increased demand for secure destruction of data on corporate IT equipment, as well as a strong interest in environmentally friendly electronics management. New clients throughout the region also led to the expansion, James Ellison, general manager of Cascade’s Indianapolis facility, stated in the release.

The company has increased its staff by 10 percent this year. It will add another five to 10 positions in Indianapolis over the next year.