A bill replacing Pennsylvania’s electronics recycling program has stalled until at least this fall, and a couple of e-scrap recycling efforts include a charitable bent.

Teaming up: With a landfill ban in place and no regular e-scrap recycling options, an Indiana community was facing increased dumping of CRT TVs, until two municipal governments entered a partnership to provide an electronics recycling service. The Tribune newspaper reports officials from the City of Seymour and its surrounding Jackson County have agreed to provide a drop-off service at the city’s public works department.

Statehouse update: Pennsylvania Senate Bill 800, which replaces the current e-scrap law, will not be considered until the legislature returns in a September session. The bill has involved detailed negotiations among stakeholders and was referred to the Senate Environmental Resources and Energy Committee in late June. A full vote was postponed due to potential opposition from the House environment committee chair, according to a presentation at the annual Professional Recyclers of Pennsylvania (PROP) conference.

Donation woes: Meanwhile, in Pennsylvania, CRT TVs are piling up at a Goodwill location in the town of Falls Creek, and the non-profit organization estimates it will cost more than $100,000 to move the devices downstream for recycling. Local TV news channel WTAJ reports Goodwill no longer accepts the devices but a lack of alternative recycling options and a statewide landfill ban have led to the drop-offs, as well as increased dumping elsewhere.

Bridging the gap: Human-I-T, a Long Beach, Calif.-based electronics recycling and refurbishment non-profit organization, is working to tackle the “digital divide” through its refurbishment work. According to the Grunion Gazette community newspaper, the organization gives refurbished computers away for free to low-income households to help them gain access to technology.

Scrap for a cause: A company and a non-profit organization are working together to recycle electronics and advance charitable causes in Reno, Nev. Northern Nevada Business Weekly profiles the relationship between processor Itronics and its supplier, a refurbishment non-profit group that employs people with disabilities. E-Scrap News reported on Itronics and its unique processing technology in May.

Modular movement: Modular smartphone technology is gaining traction, which is good news for refurbishers because they allow for easier repair and refurbishment. Mashable writes about several modular device models from Motorola, which has adopted the technology approach more than other manufacturers.

Nintendo tear-down: Electronics repair hub iFixit has released a tear-down guide for the Nintendo 2DS XL handheld gaming console. The device received a repairability score of 4 out of 10, with iFixit docking points due to a glued-in display, soldered headphone jack and charging connector and use of tri-point security screws that dissuade consumer repairs.

Devices down: More than 341 million smartphones were shipped worldwide in the second quarter of 2017, a 1.3 percent decline from the same period in 2016, according to an International Data Corporation (IDC) report. IDC reports the top five manufacturers saw growth in shipments and attributes the overall decline to a drop in shipments from smaller companies. In a separate report, IDC writes that worldwide tablet shipments in the second quarter of 2017 were down 3.4 percent year-over-year. 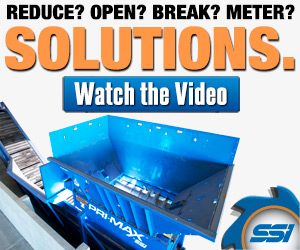