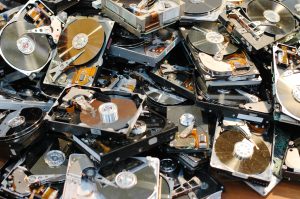 A professor has been honored by the U.S. EPA for developing a fast and low-cost method of recycling rare earth elements, including those inside electronics.

A team led by Prof. Eric J. Schelter of the University of Pennsylvania conducted research into separating blends of rare earth elements found in consumer devices. Schelter received the Presidential Green Chemistry Challenge Award during a ceremony in Washington, D.C. on June 12.

“Work is currently under way to develop these concepts into practical and industrially viable recycling processes,” according to a project summary.

Rare earth elements are used in a host of technologies, including consumer electronics, batteries, lighting phosphors, electric motors and more. They are critical to many technologies, yet the majority of the world’s supply is provided by China, which, in the past, has taken steps to limit exports.

The U.S. Department of Energy has funded research into ways to recover them from electronics, including through testing an automated process to disassemble hard drives so the rare earth magnets can be recovered and reused or recycled. The Department of Energy also provided a grant to support the research by Schelter.

Schelter’s group developed a leaching technique that uses tailored organic compounds to provide separation of rare earth metals, based on solubility differences of the rare earth complexes, according to the project summary. The team synthesized a new organic compound to do the separation. The team optimized a solvent and applied it to samples containing europium and yttrium, as used in fluorescent bulbs. They obtained samples of europium with a purity of more than 95 percent.

The research was published in the Proceedings of the National Academy of Sciences in December.

The development could benefit the environment because extraction of rare earths from ore is environmentally damaging. Rare earths tend to have similar chemical properties, so they tend to be found in mixtures in ores. That means mining, refining and purification tends to require a lot of energy, generate a lot of waste and utilize some nasty substances.