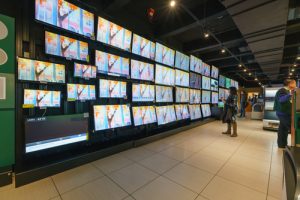 LCD devices contain many components that are commonly recycled, but the screen glass and the substance coating it are not among them.

The reason comes down to economics: The glass contains a soft metal called indium, which is concentrated at just one-tenth of the amount needed to make commercial recovery viable. LCD screens contain 200 parts per million of the element, versus the 2,000 to 3,000 parts per million commercial processors look for.

Newly completed research aims to improve the economics of recovering indium from LCDs through a process of separating it into a highly concentrated product.

“Really, we’re looking to bridge that gap,” said Tom Boundy, a graduate student in the Colorado School of Mines’ Department of Metallurgical and Materials Engineering. “The hope is that this process, as well as some other supplementary processes, would convert that material into a valuable material that’s no longer just landfilled or stockpiled, that people could do something with. Hopefully that’s positive for the recyclers, and it’s also positive for manufacturers and the clean energy sector in the U.S., and stabilizes indium supply.”

Boundy’s research partners were Marshall Boyton, an undergraduate student, and Patrick Taylor, a professor who is advising the students in their research. Their paper, titled “Attrition scrubbing for recovery of indium from waste liquid crystal display glass via selective comminution,” will be published in the June edition of the Journal of Cleaner Production.

The project received money from the Recycling Research Foundation, which is associated with the Institute of Scrap Recycling Industries (ISRI). The funding agency for the project was the Critical Materials Institute of the U.S. Department of Energy. 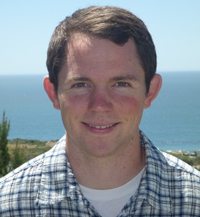 Indium is generally obtained as a byproduct of mining for other metals, frequently zinc, since there are no deposits rich enough in indium to support a dedicated mine. According to the Royal Society of Chemistry, the top three producers are China, South Korea and Japan.

Its use has skyrocketed with the rise of consumer technology. According to the research team, indium consumption increased by more than 2,000 percent from 1985 to 2015. It is commonly used to make indium tin oxide, which is included in LCD screens, touch-screens and solar-panels because it conducts electricity, bonds well with glass and is transparent, according to the Royal Society of Chemistry. In LCD screen manufacturing, indium is applied as a coating on a glass plate to act as a semiconductor. The substance does not penetrate into the screen. Its recovery rate from consumer goods is less than 1 percent.

Indium in recent years has ranged from $250 to $750 per kilogram. Its viable recovery would add value to the LCD recycling process.

Boundy’s team approached indium recovery by looking at physical separations, as opposed to hydrometallurgical (using water as a medium to dissolve a chemical of interest) or pyrometallurgical (using a furnace for smelting) methods. Those processes involve reagents and sometimes produce hazardous pollutants, whereas a physical approach uses no chemicals.

The researchers used an attrition scrubber for the task, a device Boundy described as a “glorified blender.” It has a chamber with a shaft with several impellers, rotators that move liquid. The impellers are aimed in opposite directions to force different fluid streamlines to converge on one another. The researchers used tap water in their experiment.

“You get particles forced into each other, which gives them that kind of abrasive action where they’re scratching each other and rubbing against each other, and allowing, hopefully, just that thin surface layer that’s indium-rich to be removed,” Boundy said.

After scrubbing, the material is screened to separate the shredded screen pieces from the fine indium particles. What’s left is a very fine product that’s concentrated with indium, ideally to the point where it’s viable for commercial processing.

Boundy said the attrition scrubbing method “shows promise” and is worth further investigation.

Although their results were positive, the research team was testing the process on a small scale using a lab-sized attrition scrubber, Boundy said. As the concept is scaled up, any number of issues could come up and present problems.

“We’re currently investigating some pilot-scale studies that would give us better insight into the real viability of this,” Boundy said. “But for now the results are interesting and it’s worth pursuing more in our eyes.”

As for the next steps, Boundy said he has a few years left in his graduate studies program, and he hopes to accomplish some of that scaling up and an expansion of this research during that time.