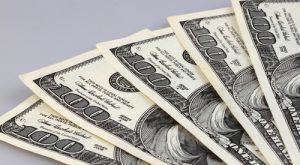 An employee at an e-scrap facility in Ontario discovered just how much money there is in used electronics.

A worker at the Global Electric Electronic Processing (GEEP) processing facility in Barrie, Ontario was dismantling an old TV when he discovered more than $100,000 in cash inside, Barrie Today reports. He also found banking records dating to 1985.

The employee brought the discoveries to the general manager, who called police. Authorities returned the money to a 68-year-old man after using the bank records to track him down. The man, a small-business owner, had stashed the money inside the TV and forgot about it, the newspaper reported.

Years later, he gave the TV to a family friend, who dropped it off at GEEP a year ago for recycling, according to the Barrie Police Service.

Police officers and GEEP commended the honesty of the company employees.