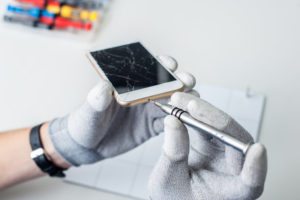 If smartphone reclaimers and refurbishers think they’re busy now, just wait until 2020. The latest worldwide market analysis from International Data Corporation (IDC) focuses on the used smartphone market, and it is forecast to grow exponentially.

The report estimates the global market for used smartphones will grow from 81.3 million devices in 2015 to 222.6 million units in 2020. That is a compound annual growth rate of 22.3 percent.

Researchers at IDC said the most recent growth in used and refurbished smartphones can be attributed to trade-in and buyback programs. The benefits of these initiatives are expected to continue.

“With the average selling price for a used device expected to be $136 in 2020, the total market value for used devices in 2020 will be an estimated $30 billion,” Anthony Scarsella, research manager for IDC’s mobile phones program, said in the report.

Most of those phones will be shipped to emerging markets and most of them will be 4G-enabled, according to the analysis. Because those phones are already prevalent in the U.S. market, e-scrap entities could see them in the near future, if not already.

More good news for the industry: According to market research company IBISWorld, the U.S. cellphone recycling industry is expected to earn $827.5 million this year. That is an annualized growth rate of 15.8 percent over the past five years.

The report credits an increase in cellphone ownership and continued improvements in technology that encourage users to upgrade their devices.