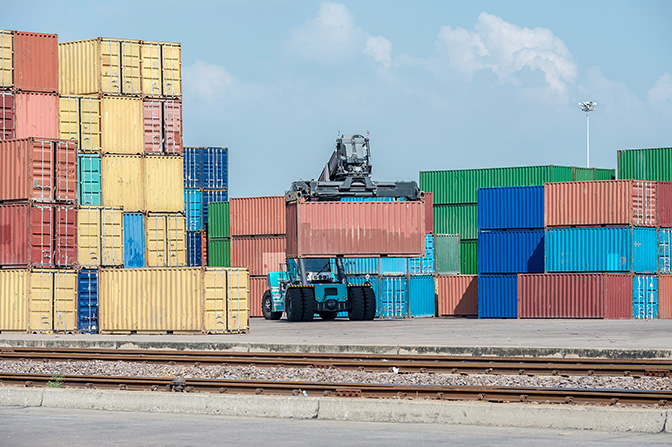 Seattle-based Total Reclaim has admitted to exporting broken, mercury-containing flat panel monitors to Hong Kong after an investigation by the Basel Action Network followed the devices overseas. The company’s long-held e-Stewards certification has been withdrawn for two years as a result.

“We did ship them and that is a violation of the e-Stewards standard,” Craig Lorch, Total Reclaim’s co-owner, said in an interview “Yes, if we plugged every single one of them in, if we had tested every one, we might have said, ‘Oh, no, this is all tested, working stuff.’ But that’s not the case. … They should have been managed in this country.”

Total Reclaim has been an e-Stewards-certified company since 2012, and Lorch has often appeared in the media alongside e-Stewards to advocate for proper handling of end-of-life material.

But a report released today by e-Stewards details a yearlong investigation into Total Reclaim’s export of flat panel display devices to Hong Kong.  That investigation was spearheaded by the Basel Action Network (BAN), the nonprofit watchdog group and founder of e-Stewards, and suggests the company had shipped numerous containers of flat panel displays to three informal processing sites in China.

The e-Stewards standard strictly prohibits the export of hazardous electronic material from developed to developing countries. In a statement relased with the e-Stewards report, Total Reclaim said it “take[s] no issue” with BAN’s findings and aims to regain the trust of its customers. To read that statement in full, click here.

The issue of e-scrap exports is a divisive one in the electronics recycling space, with BAN and others arguing that exported material often ends up causing environmental harm in poor communities across the globe. Others, however, have noted that the topic is far more complex and that exported material is regularly repaired and reused responsibility.

According to the BAN documents released today, the group’s investigation into Total Reclaim began when two broken LCD flat panel monitors tagged with GPS trackers were dropped off by BAN investigators in Portland, Ore. This action was part of a nationwide tracking project BAN has undertaken.

The monitors in Portland made their way to Total Reclaim, which exported them overseas several months later. The devices contained cold cathode fluorescent lamps, or CCFLs, a technology prevalent in early-generation flat panel devices. They contain mercury that can be harmful if released.

BAN then traveled to Hong Kong with a PBS film crew and uncovered three facilities there handling numerous Gaylords of Total Reclaim devices. While some devices were being prepared for “eventual resale,” others were dismantled by hand, BAN noted in its recently released report.

“The primitive process utilized there relied on mainland Chinese laborers who spent all day opening the CCFL-type LCDs, smashing them apart, and throwing the aluminum, plastic and circuitry into different piles of Gaylords, all in outdoor recycling operations,” the report states. “The pile of smashed metal on the ground below the workstation contained significant quantities of broken CCFLs. No precautions were taken with these mercury-laden tubes, inevitably releasing mercury into the ecosystem and workplace there,”

Responding to the violations

BAN’s executive director, Jim Puckett, said “it was a shock” to discover that Total Reclaim had been exporting the mercury-containing devices.

Total Reclaim’s Lorch said handling FPDs in the U.S. is “extraordinarily time-consuming,” and he noted funding for recycling services at present is insufficient to cover the costs.

“The systems we’re operating under are not that rich, so everyone is caught in a bind of ‘how do you do it?'” Lorch said.

He added the company is developing technology to automate the recycling of FPDs and speed up the process. Total Reclaim has pledged to share that technology with other processors.

“Hopefully there’s room to move on. And hopefully we have the opportunity to do that,” Lorch said.

In addition to working directly with business and various organizations, Total Reclaim is an active participant in state electronics recycling programs, including those in Washington and Oregon. In 2015, Total Reclaim processed about 21.8 million pounds of material handled under Washington’s manufacturer-funded recycling program. That equated to just over half of the weight that moved through the Washington program during the year.