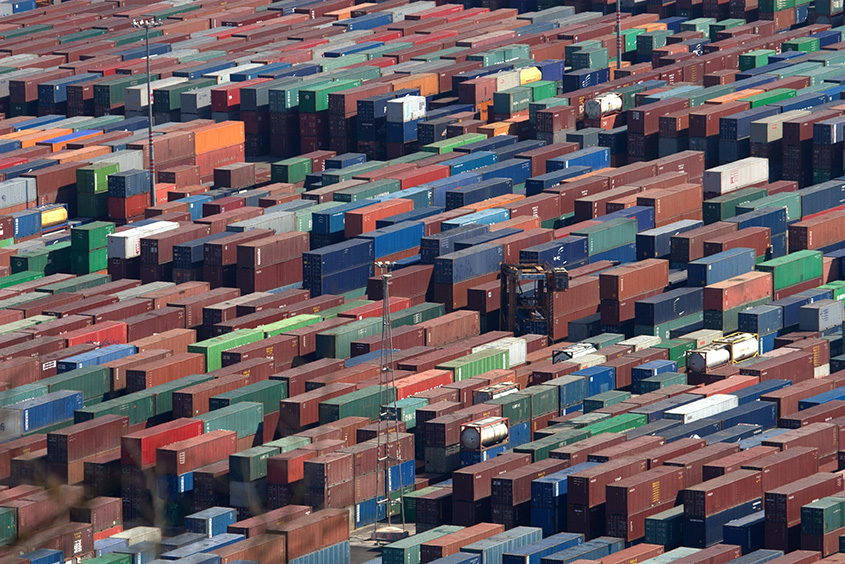 Most e-scrap leaving U.S. shores is reused in developing countries, not dumped, an Institute of Scrap Recycling Industries official said.

Scott Horne, counsel at the Washington, D.C.-based Institute of Scrap Recycling Industries (ISRI) and a longtime international trade expert, talked with E-Scrap News about what he said are misconceptions about e-scrap exports.

Question: What do you make of the widespread notion that e-scrap from America ends up in dumps around the world?

Scott Horne: There’s a number that is constantly bandied around that a very large percentage of the e-scrap generated in this country is dumped on developing nations. And we know that number essentially came out of thin air, the result of a conversation 12, 13, 14 years ago with one recycler I think in New England, who took a shot at what he thought was being exported then.

It’s undeniable that in some instances there are some very horrid conditions. In the case of the Chinese government, I can tell you they’re aware of it and they’re working to clean it up. I have personally visited in China, India and in Singapore electronics recycling facilities that rival facilities – top-notch facilities – I’ve seen here in America. Those are recycling facilities where they are shredding or dismantling for the material recovery. We, in the U.S., we might not find certain things to be of extraordinary value, but it’s amazing how these folks manage to find end-use markets.

Now there is a fair amount of refurbished or remanufactured or working and tested electronics that are shipped overseas and, much to the contrary of what we’ve heard, they are not dumped. I don’t care whether you’re talking about South America, Africa, Asia, anywhere where there are developing economies, the business people in those countries are not stupid. They do not pay for materials that they’re going to throw away. If they’re paying for the materials, they’ve got a specific use in mind.

Question: Why does the mainstream media fail to report the perspective you just delivered?

Horne: It’s because horror sells newspapers or magazines or whatever. And it’s also because certain groups take editorial license to the extreme in their descriptions of what’s going on and they use the same horrid pictures over and over again, regardless of whether or not 10, 12 years later the situation has changed.

There are some horrid circumstances, but we know for a fact that 80 percent of e-scrap is not going overseas to developing countries to be dumped and landfilled. We know that number is way below 10 percent. It is beyond me that reporters in the mainstream media almost always print those stories without coming to us to hear if there is another side. They just buy what they’re told.

Question: What is ISRI doing to combat this perception?

Horne: We try to provide the facts, just as I did for you, when given the opportunity. We have shared the factual information, at least domestically, with people who matter. Hopefully, some day, that mainstream press will give us the opportunity to tell them the story as well.

Question: Do we bear some level of moral or ethical responsibility for sending used devices overseas knowing they’ll likely end up being improperly disposed eventually?

Horne: First, considering the financial ability of individuals, schools and other organizations in developing countries to afford computers, I believe that so long as they are tested, working and functional we are providing an opportunity to people and organizations that might not otherwise have access to a computer. Insofar as computers that may need repair or replacement of certain parts, many in the developed world do not acknowledge the skills and expertise that people in the developing world have acquired through formal or informal education. Nonetheless, if computers can be repaired or refurbished and can provide a couple of years of service, then that is worth far more than no access to computers.

Insofar as to whether “we bear some level of moral or ethical responsibility for sending used devices knowing they’ll likely end up being improperly disposed eventually,” I think there may be a very large presumption that they will be improperly disposed because electronics recycling infrastructure is becoming more formalized in developing nations.

Question: We see firms struggle here in the U.S. with handling CRT glass. How concerned is ISRI with dumping of CRT glass on U.S. soil?

Horne: Clearly, it’s a concern if it’s not done properly, meaning that there are regulations under the Resource Conservation and Recovery Act that govern the way that material has to be handled.