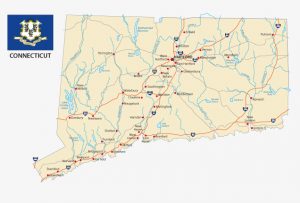 A lawsuit from TV manufacturer Vizio that questioned the constitutionality of Connecticut’s electronics recycling law and program has been dismissed in its entirety.

Victor A. Bolden, a United States District Judge for the District of Connecticut, announced the decision in a 52-page ruling on March 31, court records show.

Robert Klee, the commissioner of the Connecticut DEEP and the defendant in the case, filed a motion to dismiss the case on Aug. 20, 2015, just over two months after the case was first introduced.

Vizio argued in court that the company was being unfairly burdened by the law. According to Vizio, the complaint was tied to the fact that Connecticut DEEP uses national sales data, as opposed to state data, to calculate collection obligations in the state.

In 2014, Vizio was required to fund the collection and recycling of 17.16 percent of TVs turned in through the program, but the company had “relatively few direct sales in the state,” Vizio argued in court.

“In sum, there are no allegations in the complaint from which the court could reasonably infer that the e-waste law facially discriminates, was enacted for a discriminatory purpose, has discriminatory effects, or even disparately burdens interstate commerce,” the ruling reads.

The Office of the Attorney General, which represented Klee in the case, declined to comment on the case.

In a statement, Vizio said it expects to file an “amended complaint” and “firmly believes that Connecticut’s electronic waste recycling law is unconstitutional.”