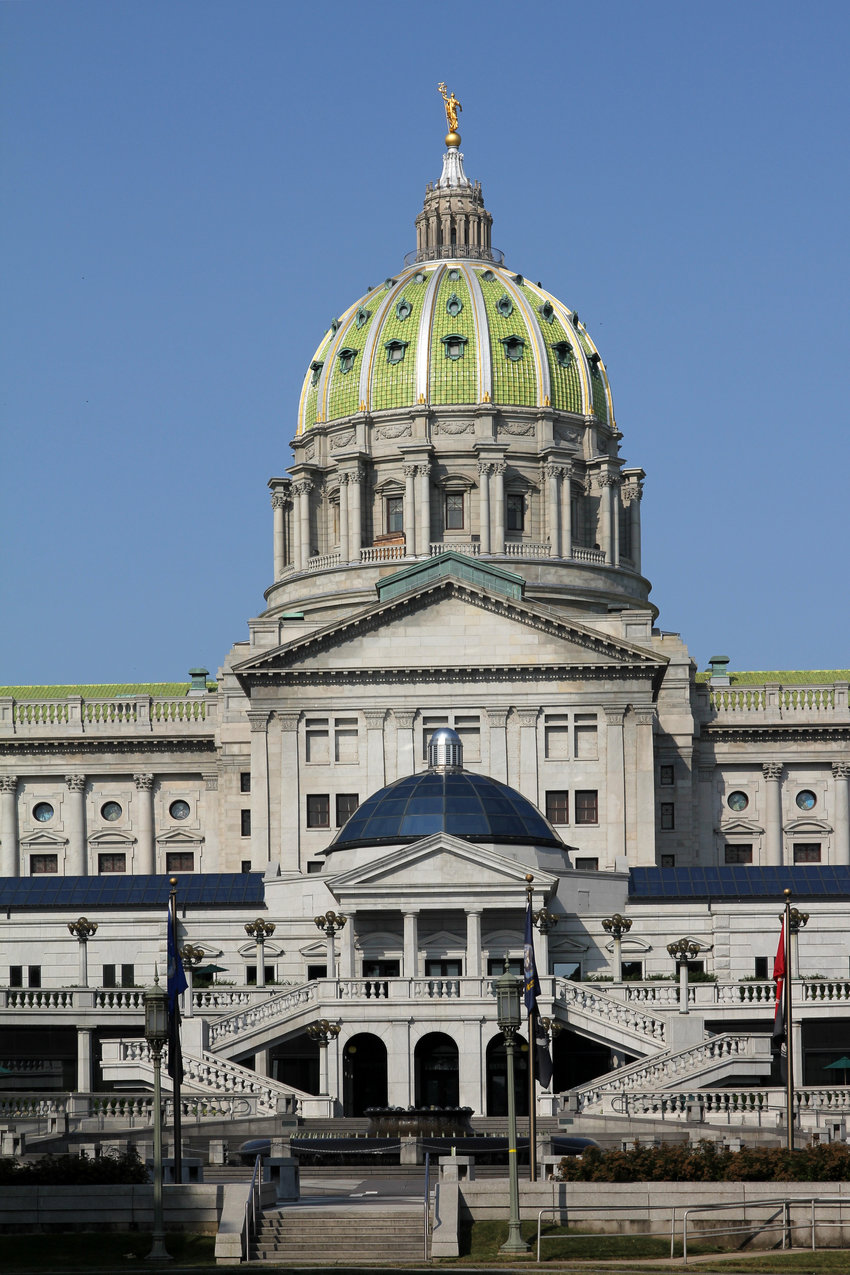 A hearing on Pennsylvania’s e-scrap program touched on a legislative proposal to substantially increase manufacturer collection goals as well as alternative solutions to ensure collected material gets recycled.

“Since it’s been enacted, concerns have been raised about the existing CDRA program,” Sen. Scott Hutchinson, the Republican chairman of the Conservation Committee, said in his opening remarks. “Our goal today is to understand the nature and depth of these problems to better inform policy decisions moving forward.”

A video of the March 21 hearing is available for streaming here.

The challenges facing the state program were crystallized in testimony by Ken Reisinger, the deputy secretary for waste, air, radiation and remediation at the Pennsylvania Department of Environmental Protection (DEP).

“Simply put, there is more material made available for recycling than what the act requires to be collected and recycled,” Reisinger said.

According to Reisinger, the CDRA’s use of sales data to determine collection obligations for electronics manufacturers charged with funding the program currently leaves the state in a bind.

Current goals set by the state are being met early on in the year by manufacturers, cutting off funding for collection sites statewide. That issue is one that several other states have encountered.

Research conducted by the Pennsylvania Recycling Markets Center (PRMC) has shown that the number of collection sites in the state has fallen from 570 in 2015 to 377 this year. In addition, just 32 of those 377 sites are accepting all devices covered by the law.

A landfill-disposal ban for electronics, in place since 2013, has compounded pressures on communities.

A legislative fix in the works

Under draft legislation from state Rep. Chris Ross, a Republican in office since 1997, manufacturers would be on the hook for increasing their annual collection obligations from 100 percent of sales weight from two years prior to 150 percent. That bill also ensures each of Pennsylvania’s 67 counties has a permanent collection site in place.

The legislation allows the state to adjust collection goals based on the volumes coming into sites.

“We’re not exactly sure how much is out there, so we’ll have to have some flexibility to adjust,” Ross said at the hearing.

He said other states experiencing similar challenges are looking to Pennsylvania’s reworking as a “potential model, because almost everybody has the CRT ‘over-weight’ problem.”

Walter Alcorn, the vice president of sustainability at the Consumer Technology Association, said manufacturers spend somewhere between $13 million and $15 million each year to collect 60-70 million pounds of devices in Pennsylvania.

“I hear what people are saying when they say there are a lot of excess [devices to recycle],” Alcorn stated. “Perhaps there is, but I think there may be other things that are driving some of the problems.”

While Alcorn did not weigh in on Ross’s proposed legislation directly, he said it was important to remember that Pennsylvania’s current struggles with handling CRTs in particular won’t last forever. Research conducted by the Closed Loop Fund shows that by 2020 the CRT stream will begin to dwindle, Alcorn said.

“I think they may be a little too optimistic, I think 2020 might be a little bit early, but I would just encourage everyone to keep in mind that this is a moving target,” Alcorn said.

Additional near- and long-term solutions to Pennsylvania’s e-scrap struggles were also laid out during the hearing.

DEP’s Reisinger told legislators, “It is our suggestion that the manufacturer’s goal, which essentially caps the obligated amount of material required to be collected, be re-examined, modified, eliminated or replaced with another metric or approach to ensure that sustainable and continual recycling programs are available on a consistent basis and all material made available for recycling by our citizens is effectively managed.”

Bylone from the PRMC suggested the state move away from its use of market-share data and instead use a return-share model. Under a return-share program, such as the one in place in Washington state, manufacturers are tasked with recycling all collected material in a given year. “What comes in, goes out for recycling,” Bylone said.

Additional industry testimony was offered by Ned Eldridge, the CEO and president of e-scrap processing company eLoop. While Eldridge said he believes a change is needed to the program, he also said the industry “can’t hold manufacturers responsible for something that the law doesn’t require them to do.”

Eldridge said he believes electronics recycling companies should be allowed to charge communities for collection of covered electronics, which is currently prohibited under the CDRA. “I don’t believe that’s a long-term solution to the problem, but then again, we’re just hoping we can come up with a program that’s going to work for everybody,” Eldridge stated.