A look at the life-cycle benefits of recycling e-plastics 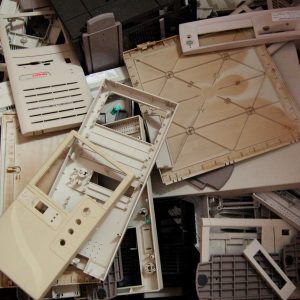 A study out of Europe highlights the environmental virtues of recycling plastics found in electronics, appliances and toys.

The research, published last year in the pages of Science of the Total Environment, compares the environmental benefits of recycling plastics from waste electrical and electronic (WEEE) products to incineration and the use of virgin materials.

“The results of our study show that the recycling of plastics from WEEE treatment residues is clearly superior to alternative disposal and production routes,” the paper concludes.

According to the study, which analyzed data from the MBA Polymers Austrian plastics recycling facility, recovery of WEEE plastics reduces global warming effects and also cuts down chances of marine ecotoxicity and human toxicity. With the exception of two categories – freshwater eutrophication and ozone depletion – incineration was found to produce environmental impacts exceeding those caused by recycling “by a factor of 4 or more,” the study found.

The findings also point out that about 21 percent of the weight of electronics, appliances and toys can be found in plastic components. Still, the landfilling of plastics from WEEE remains rampant, according to the research.

The work does note that future research needs to address “the fate” of hazardous substances found in WEEE before the scientific community can reach “conclusive evidence” regarding the environmental superiority of recycling.

The research was recently praised by MBA Polymers, which currently processes 30 metric tons of WEEE plastics at its Austrian facility.