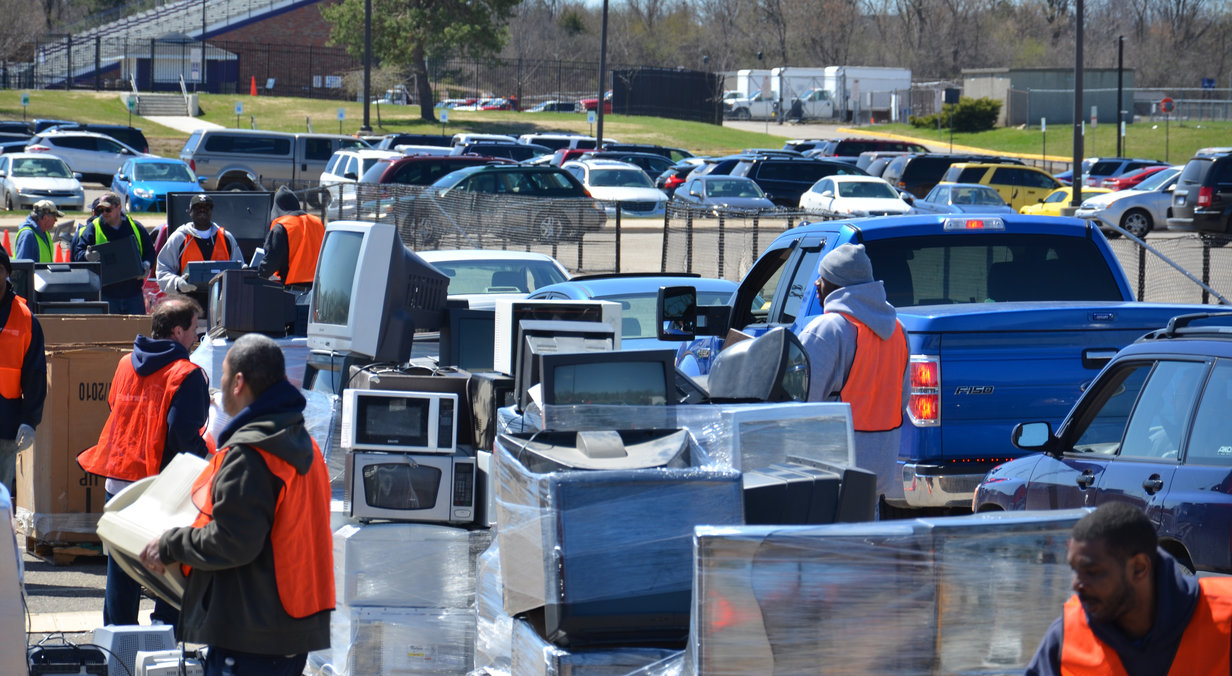 Rhode Island is the latest state to report it is grappling with a shortfall in funding for a manufacturer-backed electronics recycling program.

According to a state recycling official, between September and December of 2015, a significant number of collection sites throughout the Ocean State closed down after manufacturers met their annual collection targets early and cut off funding for electronics collection and recycling.

As with many other state programs, Rhode Island’s program, in place since 2009, has been inundated with CRT TVs and monitors.  The costs to handle those devices, as well as the shrinking availability of downstream outlets for leaded glass, have brought challenges for the Ocean State.

Sarah Kite, director of recycling services at the quasi-governmental Rhode Island Resource Recovery Corporation (RIRRC), which works in concert with the Rhode Island Department of Environmental Management to run the e-scrap program, told E-Scrap News her group had to pay $265,000 to keep five state-sponsored collection sites open through the end of the year.

“We pick up the bill. It’s tens of thousands of dollars,” Kite said. “But it’s also the right thing to do. It’s our mission to provide these services to the state.”

According to Kite, in addition to the state’s struggles to keep its own collection sites open, a major manufacturer-funded collector, Office Recycling Solutions (ORS), had to close down all but a handful of its nearly 30 collection sites.

While RIRRC and the state are able to set annual collection goals for manufacturers as well as prices they must pay for material, a lack of reliable data has caused collection targets to fall short, Kite said. As a result, manufacturers in 2015 met their goals by late September and the program had to shrink or absorb significant costs to handle all of the CRTs coming in, which account for the vast majority of the electronics stream by weight.

Phyllis Hutnak, who owns and runs Indie Cycle, a collector and supplier to ORS, told E-Scrap News “the amount of weight being collected well exceeded the goals” and, as a result, “manufacturers shut it down and stopped taking it.”

According to Hutnak, collection points dwindled toward the end of 2015 and material began to pile up. She said that with program funding renewed Jan. 1, 2016, material has slowly begun “to move downstream” for processing again.

A program in need of a reboot?

RIRRC’s Kite also said the closure of Videocon last year had direct effects on the program and the broader e-scrap industry in Rhode Island. Recycling companies in Rhode Island had sent most of their material to India and were forced to come up with alternatives.

“Rhode Island is no different than anywhere else. We’re feeling the pressure of issues with leaded glass and everyone is having trouble moving it,” Kite said.

Kite said she hopes the state law is changed to alleviate the current funding pressures on the program. A number of options are possibilities, including requiring manufacturers to pay for whatever material is collected on an annual basis.

“The big piece is to ensure that manufacturers are truly paying their share and that they’re paying for the entire program, regardless of when a certain target is met,” Kite said. “It may be that targets go out the window.”

Representatives from the Consumer Technology Association, which represents OEMs on policy issues, did not respond to a request for comment.

Kite also noted a revamped program could require manufacturers to create a stand-alone group to handle stewardship activities for electronics throughout the state.

“If there’s this much Rhode Island waste, then manufacturers have this responsibility to pay that bill,” Kite said.