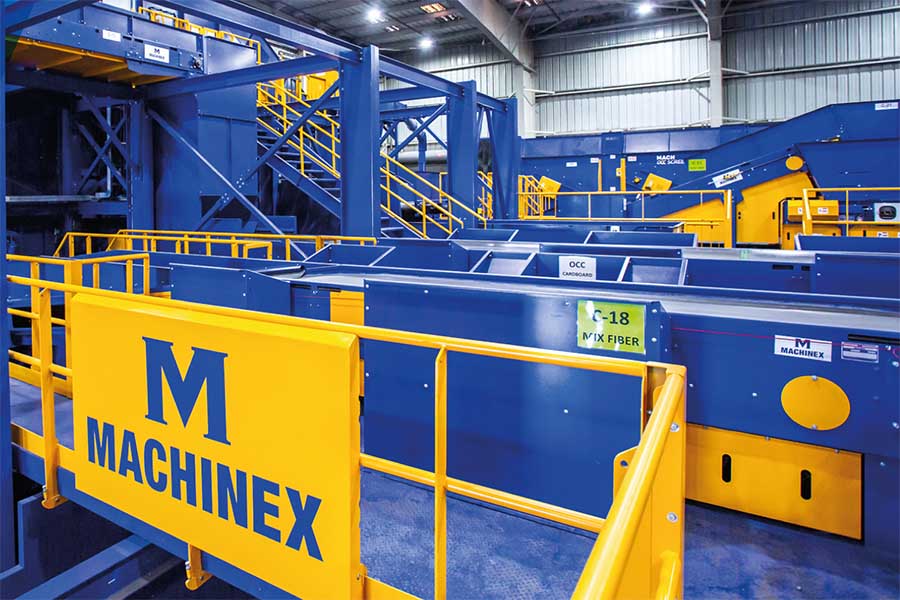 New MRF equipment is coming to both Guantanamo Bay and Iowa. Meanwhile, commodity pricing for Ontario in November showed a mixed bag.

Iowa’s Waste Commission of Scott County (WCSC) received a third loan from the Closed Loop Infrastructure Fund, this time to upgrade equipment at the county’s MRF.

The $5 million loan, which came from the Closed Loop Infrastructure Fund, Circular Plastics Fund and Beverage Fund, will allow WCSC to purchase three optical sorters. That will give the MRF 1,600 tons of additional capacity and allow for the capture of an additional 900,000 pounds of materials annually.

The two past loans, in 2015 and 2018, went to infrastructure improvements and recycling carts.

Jennifer Louie, managing director at Closed Loop Partners, said in a press release that
modernizing recycling infrastructure is “critical to ensuring that valuable materials are pulled back into supply chains at end of life, and never go to waste.”

“Scott County has made significant progress over the years to advance resilient recycling systems,” Louie added. “We are proud to continue our support of their work, grow material recovery capabilities and strengthen local circular economy infrastructure.”

Getting all the equipment to the island was one of the biggest challenges, according to a press release, because the project required more than 40 containers. Equipment barges set out for Guantanamo Bay every 2-3 weeks, and there were two naval planes running each week to transport crews.

Jerome Lemay, lead project manager for Machinex, said in the press release that “when I first heard of this project and the intricacies involved, I thought it would be a challenge to plan all of the details knowing one little mistake could have a major impact on the schedule.”

This project was a partnership between Machinex, HDR and RQ Construction.

Finally, the latest pricing data from one Canadian province underscores the market volatility MRFs continue to face for the materials they are moving to buyers.

The Continuous Improvement Fund (CIF), a group focused on curbside recycling in Ontario, released its monthly price sheet covering November 2022, noting that newspaper prices declined by 33% from October to November. The price fell from $73 Canadian per metric ton ($53.49 in USD; all following prices in USD) in October to $35.90 per metric ton in November, which is an 18-month low.

Prices for some plastics increased, however.