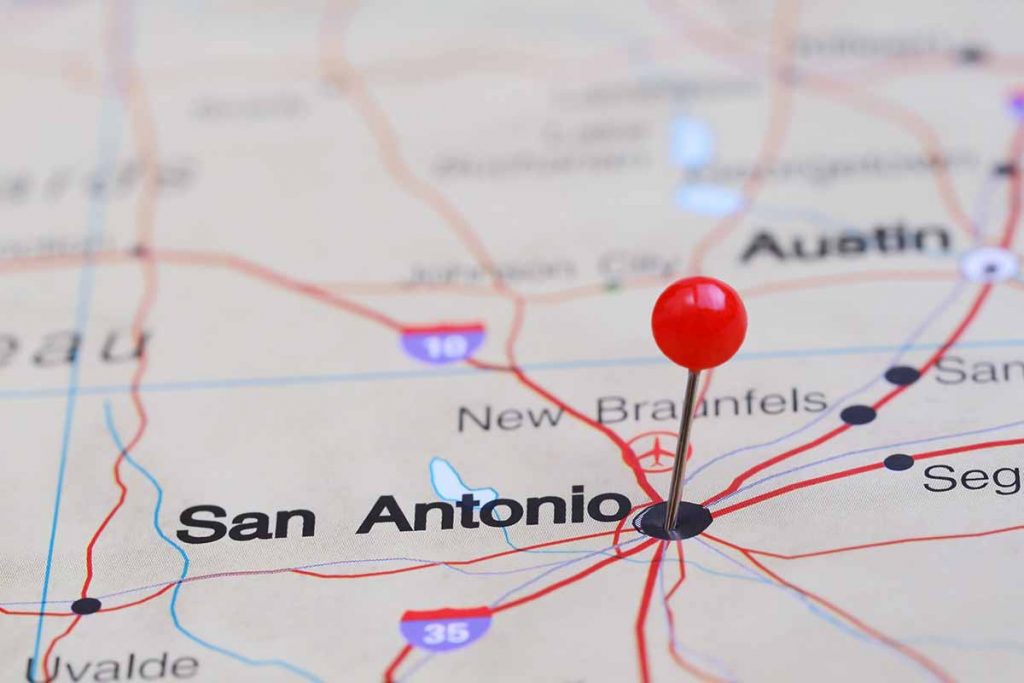 After winning the recycling contract for San Antonio, Balcones Resources decided to partner with CP Group to equip its upcoming facility.

Scheduled to come on-line in 2024, the 200,000-square-foot, $47 million facility will boast high levels of automation. According to a press release, it will use only five to 10 manual sorters but will have a processing capacity of 50 tons per hour.

“Its advanced technology will enable the city to get the highest possible value out of the recycling stream,” Mariel added. “This means more of the recoverable plastic, metal, glass, cardboard, etc., that is in recycling bins today will be sent to an end market that will bring value to the city’s program.”

The contract to provide the San Antonio Solid Waste Management Department with citywide recycling processing services is worth an estimated $113 million over 15 years. It includes a five-year renewal option and is slated to begin Aug. 1, 2024.

The facility will service residential and commercial recycling streams in San Antonio and will be able to receive and bale post-commercial and post-industrial paper and plastic. The campus will also host an office building, a community recycling drop-off center, educational facilities and employee amenities.

After the auger screens remove OCC and other large materials, the input stream will be routed through a four-deck glass breaker screen and LightsOut Air Drum Separator to remove and clean glass, the press release noted. The glass-free material will then hit two high-volume disc screens, a CP anti-wrap screen for the mid-size fraction and a CPScreen for the small fraction material.

The MRF will be outfitted with five MSS FiberMax optical sorters, which run at 1,000 feet per minute on 112-inch-wide belts, to positively sort fiber, OCC and contaminants. On the container line, there will be three MSS PlasticMax optical sorters for PET, high-density polyethylene (HDPE) and polypropylene (PP). There will also be a magnet to remove ferrous material and an eddy current for non-ferrous material.

Finally, there will be two MSS AI units for quality control of PET and aluminum containers.

The San Antonio facility will also be equipped with three balers: one single ram for cardboard and a pair of two-ram balers. The press release noted that each commodity has the opportunity to reach two balers, for redundancy.

The system will also use CP’s latest silo designs, with leveling augers and silo augers, to reach the maximum use of space and get an accurate feed to the baling lines, eliminating half bales or bale re-runs, the press release stated.

“We’ve incorporated the latest and greatest in MRF technology and automation into this design,” Branden Sidwell, CP Group design engineer said in the press release. “The system will be operational with as few as five sorters. This exceptionally low headcount comes thanks to material fractionating along with the automated recovery and quality control of nearly every commodity.”