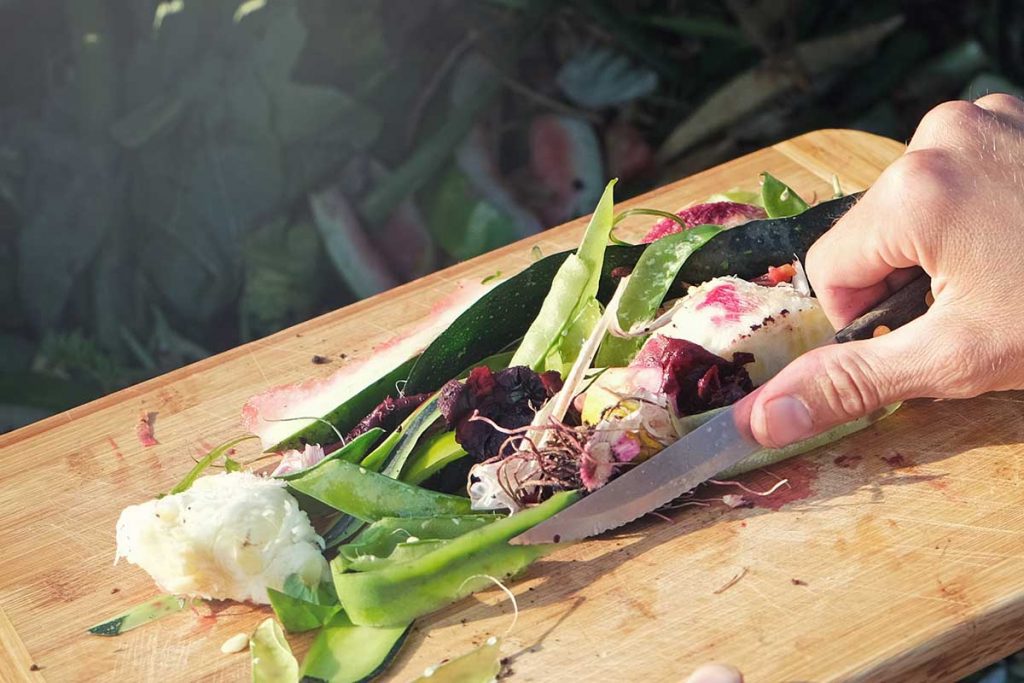 Source-separated collection and treatment of organics could significantly reduce methane emissions from landfills, as highlighted in a report from GAIA. | Gargonia/Shutterstock

A report from the Global Alliance for Incinerator Alternatives targeted organics diversion, increased recycling and reduced plastic use as key elements in keeping planetary warming below a critical threshold.

The report explored several zero-waste solutions to model how to keep global warming below 1.5 degrees Celsius, with a focus on the waste sector.

Rep. Rashida Tlaib, Democratic congresswoman from Michigan, said in a webinar that “what reports like this do is give credibility to the work we’re doing policy-wise.”

“We need engaging and creative ways of making our case to all kinds of policymakers, many of which may not be moved by personal stories but want to see the data,” Tlaib added.

Neil Tangri, a founding member of Global Alliance for Incinerator Alternatives (GAIA) and its science and policy director, said during the webinar that the report is meant to bring different threads together into a useful resource for policymakers and others.

The report used eight cities as case studies, including Sao Paulo, Brazil; Lviv, Ukraine; Bandung, Indonesia; and Detroit. It mainly focused on reducing methane and other greenhouse gas emissions by diverting more organics from landfill and increasing composting. It also highlighted the need for more recycling and a reduction of plastic use.

“Recycling and upstream source reduction are also core strategies,” Tangri said. “These reduce emissions of other sectors outside the waste sector.”

Tangri noted that zero waste strategies can reduce overall waste sector emissions by an average of 84% by 2030, and about 20% of global methane emissions come from the waste sector. Much of that is from organics in landfills, and diverting more of those organics is the “fastest way to put the brakes on global warming.”

Source-separated collection and treatment of organics, even if done with moderate success, can reduce methane emissions from landfills by 62%, he said.

According to the report, increased recycling would reduce annual greenhouse gas emissions in the waste sector by 35% in Detroit, 30% in Sao Paulo and 21% in Lviv by 2030.

Combined, emissions reductions from the waste sector ranged from 50% to 105% against a business-as-usual scenario for the eight cities, and “these deep cuts were achieved with relatively modest system changes,” the report noted.

Both the report and panelists laid out some recommendations to achieve the reductions estimated in the paper.

Enck said strong extended producer responsibility (EPR) bills are a must. Even though four state-level laws have recently passed, in Maine, Oregon, Colorado and California, “I’ve read all of them and they’re pretty weak,” she said.

“The plastic industry has hijacked EPR proposals to make sure they’re very weak,” she said, adding that “if you get weak EPR bills through or you get another law on the books for subsidies or deregulation of chemical recycling it will be hard to get the zero waste solutions to take off.”

Aiyash said solutions like EPR are important, because it’s critical to not place the burden on the consumer.

“Poor communities don’t have the luxury of deciding if they will purchase something with compostable or recyclable packaging,” he said.

Michigan also has a low recycling rate, about 15%. Aiyash pointed out that state’s average tipping fee is below the national average, and this disparity leads to a situation where “neighboring states are trucking in garbage and dumping it in Michigan because it’s so cheap.”

Aiyash said a powerful waste sector lobby has “worked very, very hard to keep the tipping fee as low as they can” despite bills meant to raise it.

Any plastic produced should be designed for reuse and recyclability, the report stated, and recycling should be mechanical.

“There is little sense in investing heavily in heavy industrial facilities (such as chemical recycling and incineration) to handle waste streams that are slated for phase-out,” the report noted. “These sunk costs will create incentives to continue production of problematic plastic.”

Tangri said “thinking about waste as an energy source is not a particularly good way to go,” and Enck warned viewers not to “listen to false solutions from the plastics industry” when it comes to chemical recycling.

“It’s burning plastic, but they call it chemical recycling,” she said.

Argentino said integration of informal waste pickers is necessary, because “if you don’t integrate vulnerable people and vulnerable groups in the system, it will not work.”

He added that leaders are currently investing in the wrong solutions, including landfilling.

“We need political pressure to shift these incentives to good solutions,” he said.