Collaboration sits at heart of the best MRF contracts 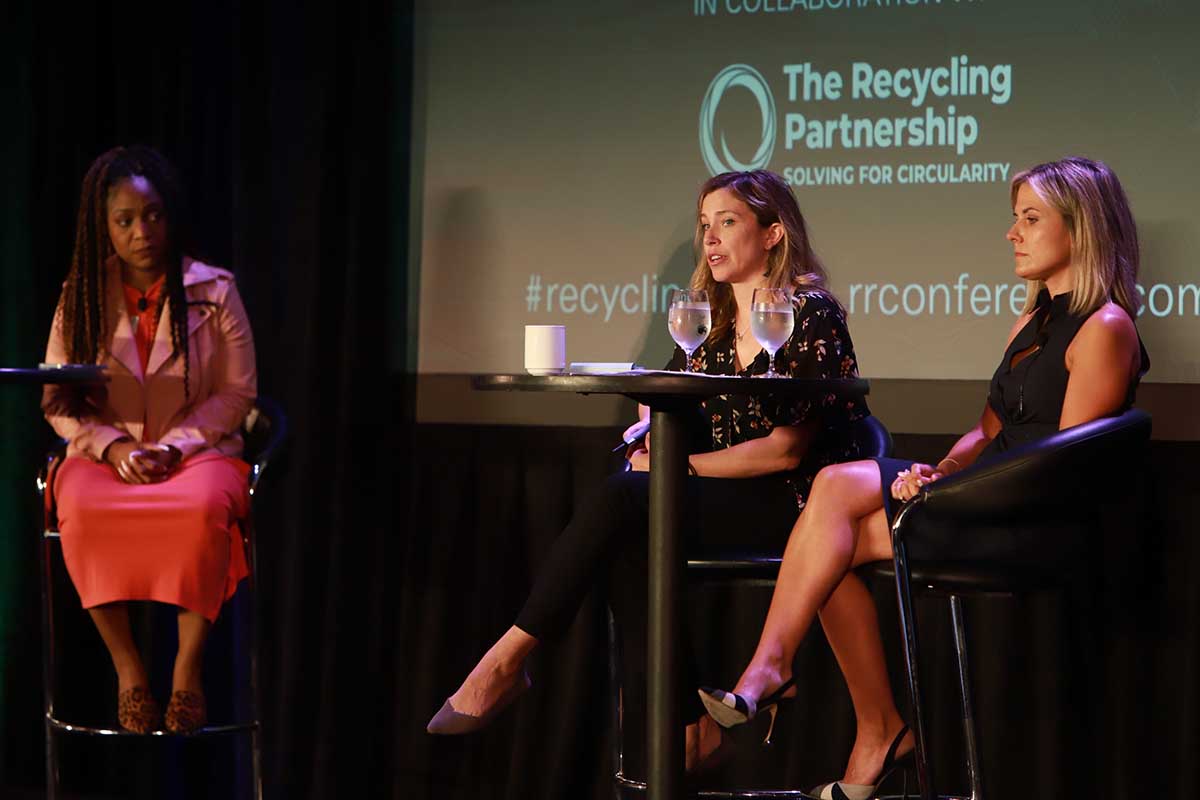 Volatile markets, changing material compositions and aging infrastructure can all be addressed with the right municipal MRF contract. Industry experts discussed how to achieve such arrangements at the Resource Recycling Conference.

During the Aug. 16 “Rethinking MRF Contracts” session, Stephanie Sidler, director of business development for recycling at GFL Environmental and Natalie Betts, director of partnerships and municipal relations for Balcones Resources, offered their advice.

Sidler said GFL prefers to start the contract process with a thorough request for proposal (RFP) from the municipality.

“RFPs can really be an essential tool in procuring recycling services and set the stage for collaborative partnerships, where there’s potential to increase the operational, financial and innovation capacity,” she said. “A well-structured RFP can lead to well-structured contracts which increase the value of the public-private partnerships for both the municipality and the service provider.”

Related to recycling, there are two styles of RFPs: one for operating a municipally owned facility and one for vendor-run facilities. Sidler said the latter are “really the ones that can help municipalities to bridge the gap between their available capital and infrastructure needs.”

For either style of RFP, Sidler said it’s essential to have clear requirements about what services need to be provided, to make sure “all vendors are bidding apples to apples.”

Time for vendors to review the equipment at municipal-owned facilities is important as well, she added, to understand what maintenance costs will be and determine any investments that may need to be made to run the facility properly.

Comprehensive data, including contamination levels and material composition, is another thing GFL looks for in a strong RFP, Sidler said, as are detailed performance measurements and language that address what happens if there are significant changes over the term of the contract.

“These are really long-term relationships we’re talking about, these are 10-year contracts, and a lot can change over that time,” Sidler said. “Look how much has changed over the past 10 years. So what happens if material composition changes, what happens if contamination increases, what happens if there’s a change of law and an EPR program comes into place in your municipality? That kind of stuff is important to get out in the RFP process.”

Betts said she’s found that transparency, communication and co-investment for both the vendor and the municipality are integral parts of a good contract, as are contingency plans.

“On the municipality side, that really looks like treating recycling as the utility and essential service that it is, and not a ‘nice-to-have,'” she said.

While transparency can be tricky when many vendors do not publicly disclose the end market customers for their material, Betts suggested having municipal partners come in to look at end market information but not sharing it. Sidler said providing reports of the general “chain of command” for material can help municipalities trust that material is going where it should.

Betts also recommended asking for references about vendor openness and communication,  requiring in contracts that cities meet with vendors at least quarterly and using historical data to evaluate bids.

“We’ve been in recycling for a while now as an industry and we can use that data from the past years of markets, we can use our experience with knowing that new technology will come and end markets will shift, to plan ahead,” Betts said. “And we also know that things we don’t foresee are going to happen, so we need to be building that relationship and that partnership so you have someone in it with you.”

Sidler said a case study GFL worked with is the city of Winnipeg in Manitoba, Canada. In the late 2010s, it issued an RFP to increase diversion from landfill and deal with changing markets.

The city provided a minimum annual tonnage guarantee, detailed material composition data and an allowance for the vendor to procure third-party tons. The city laid out clear performance standards, “so we understood going in what we would be evaluated on, but also what would be the performance standards during the contract,” Sidler said.

GFL built a state-of-the-art MRF that opened in October 2019, and in 2020 won the National Waste and Recycling Association facility of the year award.

“It’s these types of collaborations, where we share information, where we work together, where we implement end-market partnerships and provide for continuous improvement throughout the term of the contract that all help to ensure long-term sustainability and viability of the project,” Sidler said.

In response to an audience question about connecting inbound contamination rates to revenue share as an incentive, Betts said she supports “anything that financially incentivizes all parties to reduce contamination.”

The overall structure of most contracts “really recognizes the unique economics of recycling,” Betts said, with a processing fee to cover the operating cost of the MRF and a revenue share agreement.

She suggested municipalities do a full calculation before accepting a bid, as there are pros and cons to the two styles of fees and shares. With a low fee and low share, there’s less variation in cost, but also less potential for revenue on the municipal side.

With a higher fee and higher share, the higher processing fee covers the cost of a higher quality operation, and because the revenue share is bigger there’s more investment from all parties in the quality of recycling, Betts said.

Betts said while “at first blush the $20 less processing fee might seem the better way to go,” once performance in an average market is calculated, the higher fee and higher share would actually end up costing the city less.

“Government is a risk-averse place, which is why it’s important to do the calculation and not just go to the more stable option,” she noted.