Why UBC prices are up 70% year-over-year 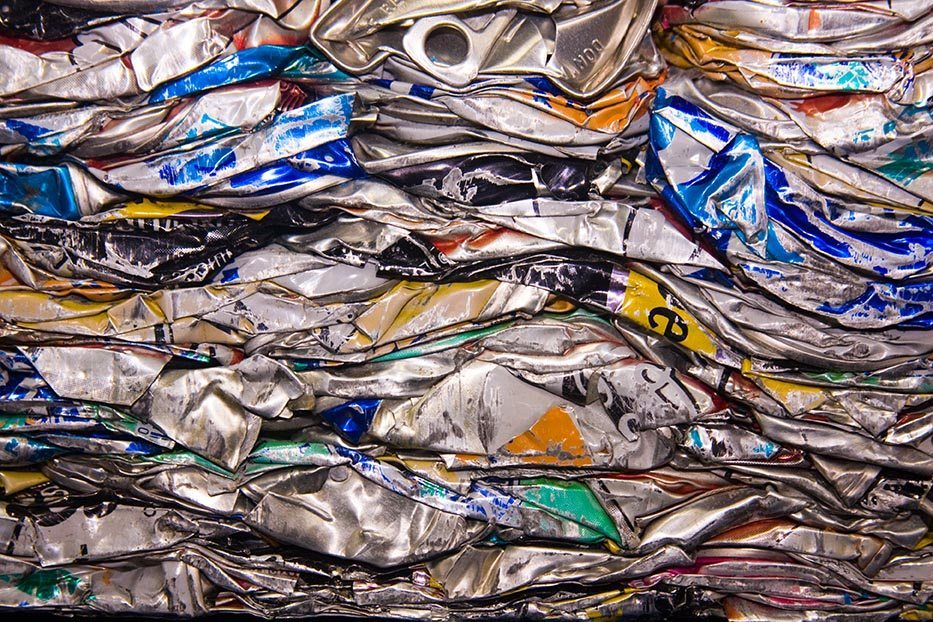 A year ago, some aluminum end markets were slowing purchases of the material. But demand has steadily increased throughout 2021, bringing welcome pricing for the municipal recycling sector.

Used beverage cans (UBCs) were trading for 77.50 cents per pound ($1,550 per ton) in mid-September, up 69% compared with the same time in 2020, according to pricing data from RecyclingMarkets.net.

Several factors are contributing to price increases within the wider aluminum market. One major influence is end markets ramping up purchases of the metal.

“That’s really been the shift and the change – the demand,” said Bill Keegan, president of Dem-Con Companies, which operates recycling facilities in Minnesota.

A year ago, Dem-Con was still able to find outlets and move cans, but “movement was sticky and logistics were challenging,” Keegan said. This year, that dynamic has largely shifted.

“If you look at the last six or seven months – especially the last six – it’s not at all an issue with the end market movement,” Keegan said.

UBC prices are currently on par with where they were in 2018, according to RecyclingMarkets.net data.

In June 2018 the national UBC average was 76.81 cents per pound ($1,520 per ton), slightly less than this month’s price. Prices dropped from there and were already 20 cents lower by early 2019. Lower demand and international trade strife contributed to that depression.

Demand had already started to recover even before the COVID-19 pandemic hit, and pandemic-driven consumption trends – mixed with supply shortages due to logistics disruptions – accelerated the aluminum price increase, according to S&P Global.

Keegan noted the freight challenge is still present. He described increased costs and complexity to secure bookings, although he said his company has been able to navigate those pressures and keep material moving.

But the return in strong demand has helped to offset those pressures. About a year ago, when the market was near its low point, Dem-Con was seeing UBC prices of below $900 per ton.

“It’s definitely having an impact, and I think as we see those commodities increase and we have more value in the blended ton that’s in the bin, that helps to pay for the cost of recycling,” Keegan said.

These price swings have significant implications for MRF economics. For Dem-Con, which operates in a state without a container deposit system, UBCs make up about 2% of the composition of a blended single-stream ton. But they contribute between 16% and 18% of the commodity value of that ton, Keegan said. 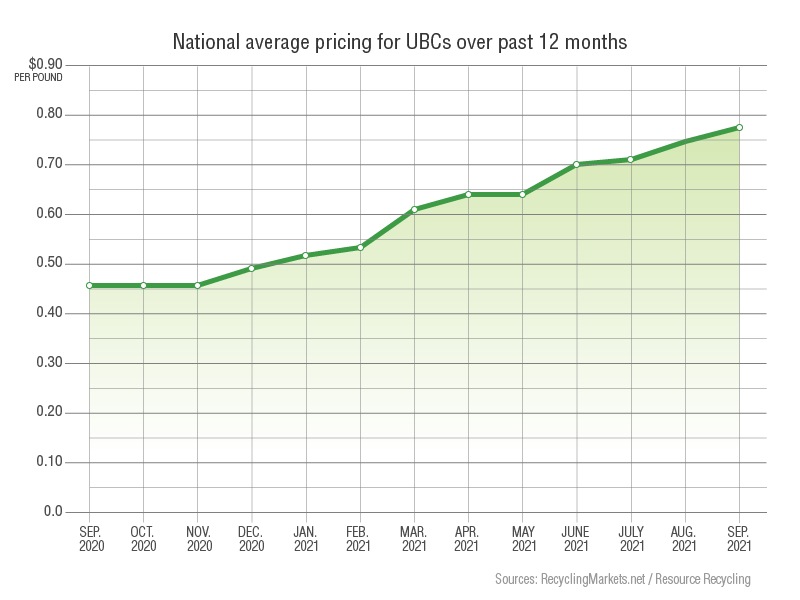 Looking beyond pricing for just UBCs, in the wider virgin aluminum market, prices are reaching values not seen in more than a decade. This week, aluminum prices briefly hit $3,000 per metric ton on the London Metals Exchange. Historical price records show that hasn’t happened since 2008.

Prices shot up recently after a coup in Guinea, a major source of raw materials for aluminum manufacturing.

In addition, this week brought an announcement that China, a major aluminum producer, would cut output. That fueled concerns that supply would run short and possibly increase prices further, according to Reuters.