Glass is ‘collateral damage’ as one city responds to markets 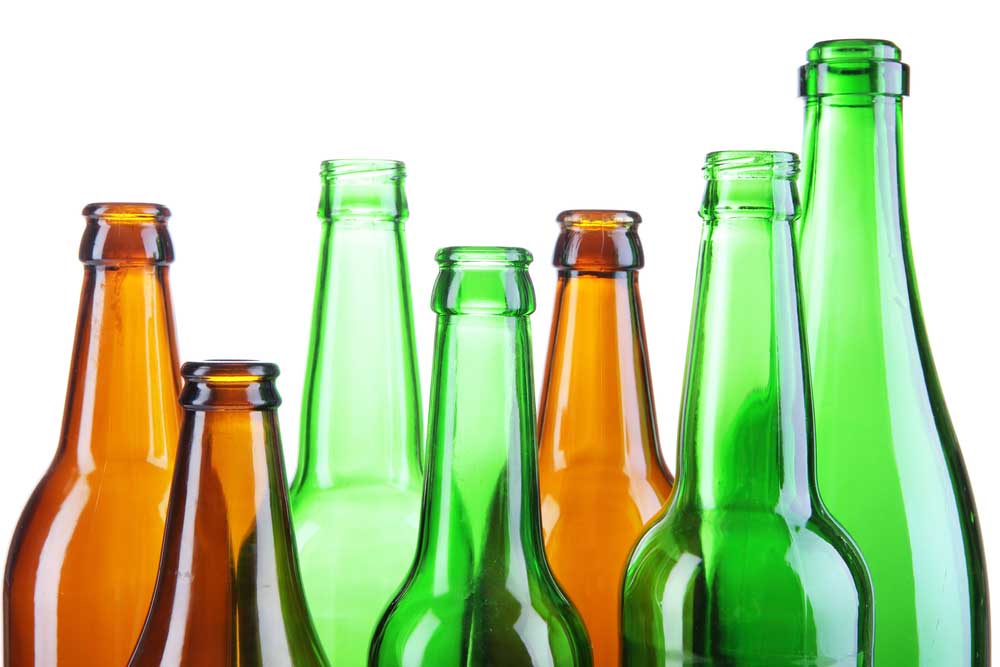 In the 2020 fiscal year, Tucson collected some 5,300 tons of glass for processing, representing a cost of more than $567,000. | Africa Studio/Shutterstock

Beginning this month, glass is no longer collected at the curb in Tucson, Ariz. The move is part of a push to reduce overall recycling costs, but it jostles the strategy for a material that has seen steady downstream demand.

As of Feb. 1, the city has stopped accepting glass in its curbside recycling program. Instead, the city has set up a series of drop-off locations around the city to collect the material. Glass brought in through that system will be handled in-house by the city – it will be crushed and used in various applications locally.

The decision came down to cost, but not the cost specifically of recycling glass. During the past few years, as global recycling markets have experienced turmoil due to import restrictions in China and elsewhere, recycling tip fees in Tucson jumped from about $38 per ton to about $110 per ton. The city contracts with Republic Services to handle recyclables at Republic’s local MRF.

“That was a big hit,” Carlos De La Torre, director of the city’s environmental and general services department, said in an interview.

In response to that financial strain, the city began looking for areas to cut costs, beginning with cuts that would not altogether eliminate certain recycling program components.

“Obviously our goal is to continue to provide as many services as we can,” De La Torre said.

One of those initial cuts was a switch from weekly to every-other-week recyclables collection, a move that De La Torre estimated would save $1.4 million per year. But the city needed to reduce costs even more, and it began looking at the materials coming into its program.

Glass makes up about 25% of the weight of material collected in the curbside program, De La Torre noted. That made it an attractive target for cost savings. In the 2020 fiscal year, the city collected some 5,300 tons of glass for processing, representing a cost of more than $567,000.

The Tucson City Council voted in November to remove glass from the residential and commercial curbside collection program and to launch the separate drop-off glass recovery effort.

For glass recycling stakeholders, the situation stands out due to its unusual circumstances. Typically, when a program moves to cut glass collection, it’s because of reported cost increases specific to glass, or regional end-market changes.

In Tucson, the material was moving to end markets and was of a relatively high quality. Glass from the city’s program went to Strategic Materials, which cleaned and sent the material to end users for both glass container production and insulation manufacturing, according to testimony Strategic sent the city in December.

“To me, it’s the collateral damage of other issues creating a budget difficulty, so that they feel like they need to remove what otherwise is a commodity that’s going to end markets,” said Scott DeFife, president of the Glass Packaging Institute. “A material that has absolutely nothing to do with the problem is being removed from the stream.”

Unlike paper and plastic, recycled glass is not exported in significant quantities.

Rather than ending glass recovery, the city framed the shift as a move toward reuse.

“The removal of the glass from the City’s residential blue bin curbside recycling program allows the Department to transition from glass recycling to glass reuse through a network of community wide glass drop-off locations,” the city wrote in a document titled the Glass Reuse Plan.

The city in late 2019 installed a glass crusher that initially handled glass collected from some local businesses. That service is being expanded to handle glass dropped off by residents at the new drop-off sites. Glass will be crushed and used in applications including sandbags for local storm response efforts, and potentially as aggregate in construction projects.

De La Torre said that, overall, the alternative glass recovery service will cost the city about half the amount it was previously spending to send the material for recycling.

Cristina Polsgrove, public information officer for the city’s environmental and general services department, said outreach efforts have been focused on social media, direct mailers and more. The city has received a handful of inquiries from residents unhappy about the change, she noted, but many are understanding of the financial problems and are positive about the alternative recovery option.

DeFife said glass recycling stakeholders remain hopeful an agreement could be formed with the city’s recycling contractor to begin sending glass for recycling once again.

“It’s really unfortunate, because it was a solid source of good glass in a market that was looking for more, not less,” DeFife said. “It’s going to have a material impact on the supply chain.”

“This is not at all, in any shape or form, a lack of an end market for Tucson’s glass,” he added.