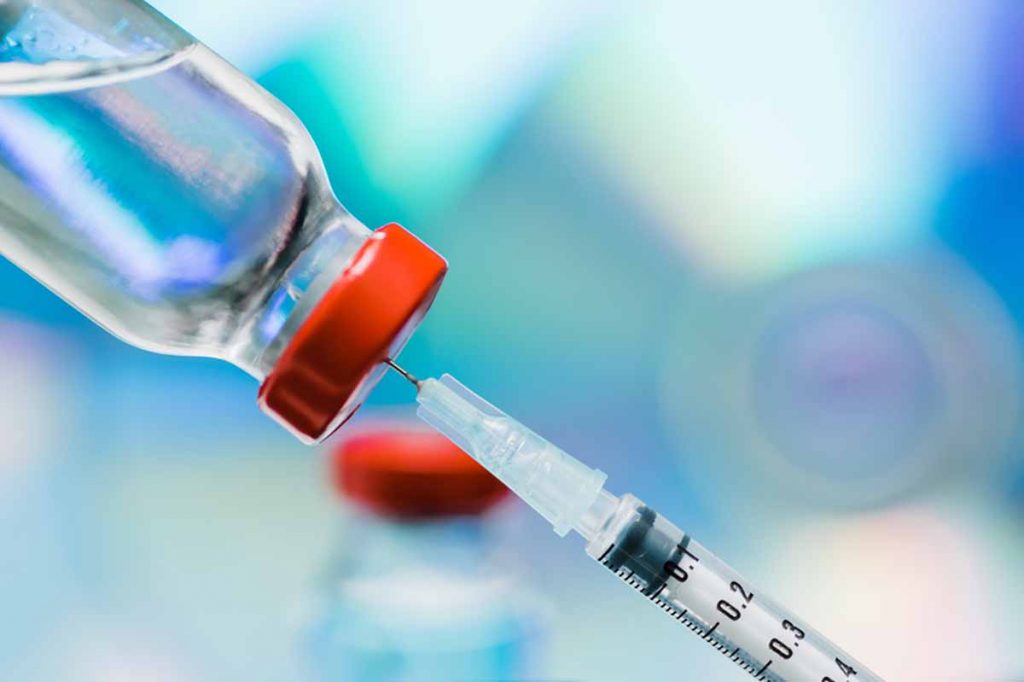 An employment lawyer recently said there isn’t a clear answer yet on whether non-healthcare employers can force employees to receive COVID-19 vaccinations, but there are some indications they’ll be allowed to. | Rohane Hamilton/Shutterstock

As the country gets closer to coronavirus vaccine approvals and distribution, recycling business managers may soon face a thorny question: whether to force employees to inoculate.

Surveys indicate many people will refuse injections, potentially setting up conflicts between management and employees and among co-workers.

“Many employers believe – and I think they’re right – that they would receive very substantial pushback from a significant portion of their workforce who says, ‘I’m not going to be vaccinated and you’re not going to make me be vaccinated,'” said Bob Nichols of Bracewell, a law and government relations firm.

In some cases, an employer’s mandatory vaccine policy could even spur protected organizing activities such as picketing, handbill distribution and mass emailing, he noted.

“That is a fight that many employers choose to avoid and for that reason will not mandate vaccines,” he said.

But a mandatory policy could also help a business protect employees and customers, and it could reduce conflicts between co-workers, he noted.

Nichols and Becky Baker, partners at Bracewell’s labor and employment team in Houston, presented on vaccine-related issues during an Oct. 20 webinar for Association of Plastic Recyclers (APR) members. (Resource Recycling, Inc., publisher of Plastics Recycling Update, is owned by APR.)

They covered the likelihood of government vaccine mandates, legal rights of employers and employees, practical considerations for companies, and other issues that will confront managers in the months to come.

Baker and Nichols, both employment lawyers, said COVID-19 presents the most consequential issues they’ve encountered. Nichols said a leading model from the University of Washington predicts around 400,000 total U.S. deaths from COVID-19 by Feb. 1, 2021, over 10 times the number of deaths than from influenza during the 2018-19 flu season. And the Mayo Clinic cautions that COVID-19 can damage organs in survivors, leading to long-term health problems.

Since last winter, the pandemic has altered the way the recycling industry operates. The virus has forced facility operators to implement cleaning procedures, require use of personal protective equipment (PPE), adjust schedules and more.

Now, pharmaceutical companies are getting closer to vaccines. Nichols noted that AstraZeneca, Johnson & Johnson, Pfizer and Moderna have begun Phase 3 human trials, and Novavax and Sanofi expect to begin Phase 3 studies later this fall. The FDA has established an efficacy target of 50% for the first-generation vaccines, he said, noting that later ones will likely be more effective at preventing infection. (Since the APR webinar, pharmaceutical companies have reported promising results, with Moderna   and Pfizer both indicating that efficacy rates of their vaccines are around 95%, for example.)

The Solid Waste Association of North America (SWANA) sent a letter to the Centers for Disease Control and Prevention (CDC) requesting that garbage and recycling industry employees be prioritized when vaccines are available, according to a Nov. 30 press release.

In the APR webinar, Nichols noted that the release of vaccines will collide with vaccine distrust in the U.S.

“We have a high level of skepticism about vaccines under normal circumstances,” Nichols said. “We’re all familiar with the ‘anti-vaxxer movement.’ Now there seems to be even a higher level of concern with this particular vaccine that will become available.”

Gallup surveys showed a growing distrust of any vaccine leading up to the election, he noted. In late September, when asked if they’d take an FDA-approved vaccine if it were immediately available at no cost, half of survey respondents said no. To some extent, the response seemed to be a reaction to fears that the approval process would be politicized and rushed, Nichols said, and now that the election is over the number of people willing to take will likely increase to some extent.

States hold more legal authority to impose vaccine mandates than the federal government, and, historically, that power has often been used to require vaccination among students attending school and among healthcare workers.

A government mandate for COVID-19 vaccine would certainly make the decision easier for an employer, Baker noted. That being said, Bracewell doesn’t anticipate broad-based citizen vaccine mandates from either the federal or state governments, although some cities could impose mandates, as New York City did for measles last year, she said.

“It is helpful for employers to know there are some options if an employee says, ‘No, I won’t get the COVID vaccine.'” – Becky Baker, Bracewell

Nichols, who has done work related to the Occupational Safety and Health Administration (OSHA) for 30-plus years, said the agency has not required employers to impose mandatory vaccine policies on employees in the past, and he doesn’t think it will for COVID-19.

Baker said there isn’t a clear answer yet on whether non-healthcare employers can force employees to receive vaccinations, but federal authorities have provided some hints in the affirmative.

For example, in 2009, responding to a question about the Novel H1N1 influenza A vaccine, OSHA issued a letter indicating the agency interpreted the law as allowing employers to require vaccinations.

Additionally, the Equal Opportunity Employment Commission (EEOC) this year said the coronavirus meets the definition of a “direct threat standard” under the Americans with Disabilities Act (ADA), which means employers can make more extensive medical inquiries of their employees and impose more controls in the workplace than ADA would normally allow them to do, Baker said. The EEOC was referring to the practice taking employees’ temperatures daily before allowing them in the workplace, she said, which is not the same as requiring vaccinations.

“My sense is the EEOC would say that is permissible, given the danger of COVID and given how easily it spreads and what a threat it is in the workplace,” Baker said. “But, again, it’s sort of a ‘We have to wait and see.'”

Additionally, she noted that if a company has a unionized workforce, the vaccination policy would likely be subject to collective bargaining.

Baker said the EEOC issued guidance this year that says employers may not impose vaccine requirements regardless of medical conditions of religious beliefs during a pandemic. That leaves open the door to requiring vaccination except in those cases, she said.

“A variety of clients I’ve talked to are very fearful that they would mandate a vaccine and their employees might suffer adverse effects.” – Bob Nichols, Bracewell

Requests for exemption could prompt employers to provide “reasonable accommodation” to those employees. That could include taking steps the employee doesn’t like.

“It is helpful for employers to know there are some options if an employee says, ‘No, I won’t get the COVID vaccine,'” Baker said. “It doesn’t have to automatically result in a drastic move of termination or just letting them stay in their regular job without getting the vaccine and possibly endangering others. You would consider things like a mask requirement, a work-from-home situation or possibly transfer to another job where they wouldn’t be exposing others if they are not vaccinated.”

Nichols added that if employers do mandate vaccinations, they’ll need to be prepared to receive and process employee exemption requests in a manner consistent with a number of legal principles. They’ll also have to track which employees have received vaccinations, some of which will require two injections at different times.

The administration of all that “could be nightmarish,” he said.

Then there’s a human health concern to a mandatory policy, especially because it would apply to first-generation vaccines approved under emergency authorizations: “A variety of clients I’ve talked to are very fearful that they would mandate a vaccine and their employees might suffer adverse effects,” he said.

But he also listed a number of pros for businesses considering a mandatory policy. Widespread vaccination could allow them to return to normal operations, protect high-risk employees, instill customer confidence, and bolster the argument that the company owner is ensuring a safe workplace.

Additionally, it could actually head-off some conflicts between co-workers.

“I’m sure there will be instances once vaccinations occur where vaccinated employees are resentful and unhappy with co-workers – particularly if they work close together – who choose not to have the vaccine,” he explained.

A version of this story appeared in Plastics Recycling Update on November 18.