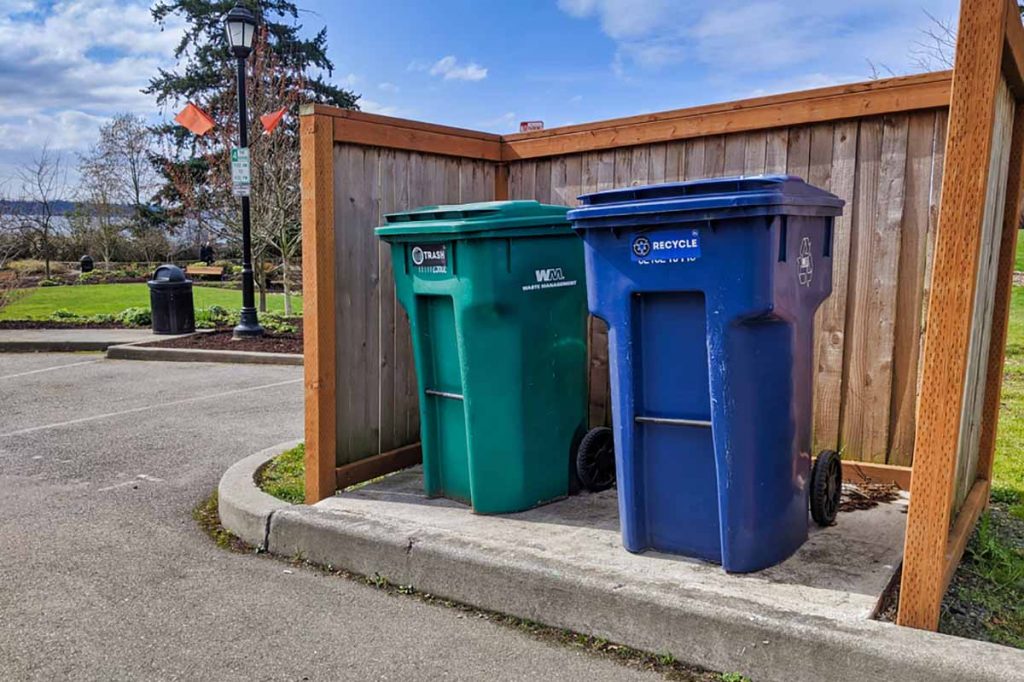 The U.S. recycling and composting rate took a significant dive in 2018, falling from 35% to 32%, according to new figures from the federal government. The drop was partially due to a change in how the rate was calculated.

The U.S. EPA recently published national waste and recycling data for the 2018 calendar year. The agency found the U.S. generated 292 million short tons of waste, of which 69 million tons were recycled and 25 million tons were composted.

A major increase in waste generation outpaced modest recycling progress, leading to the decline. However, part of the decline is due to how EPA measured food waste generation, a category that increased by more than 22 million tons alone. The EPA noted that for the 2018 report, it considered a wider scope of food waste activities “to include additional generators and management pathways.”

The recycling rate decline came amid a period of upheaval in global recycling markets. China in 2018 began tightly restricting imports of recyclables as part of its National Sword campaign, impacting pricing and recovery rates.

By material, the paper recycling rate increased notably, as did aluminum recovery. Plastics and glass recycling, however, stayed flat. 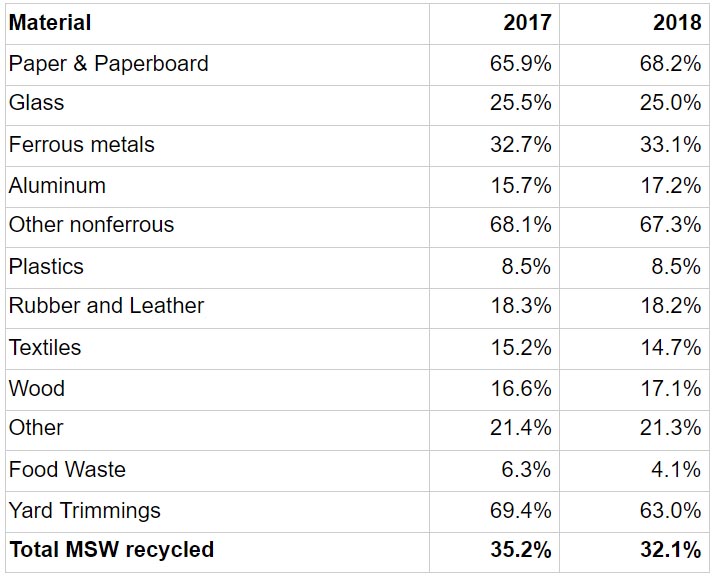