Data Corner: A dive into one state’s contamination

MRFs in Florida have historically landfilled about one-quarter of the weight that comes in the door, according to a study commissioned by the Florida Recycling Partnership Foundation.

The study, which was conducted by researchers at the University of Florida (UF) and released publicly in June, found that on a historic average weight basis, the state’s contamination rate is 25%. It is 27% for single-stream MRFs and 18% for dual-stream MRFs.

The report noted contamination rates rose between 2007 and 2019, as shown in the chart below. 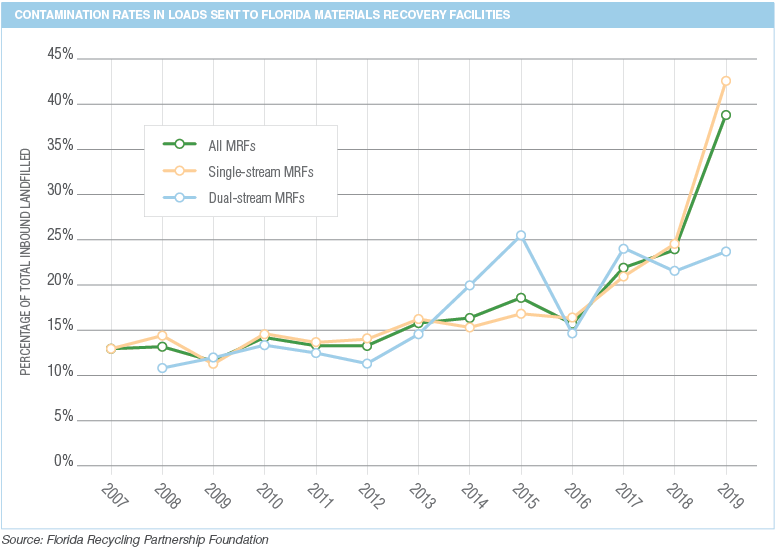