What to expect in domestic recycled paper markets 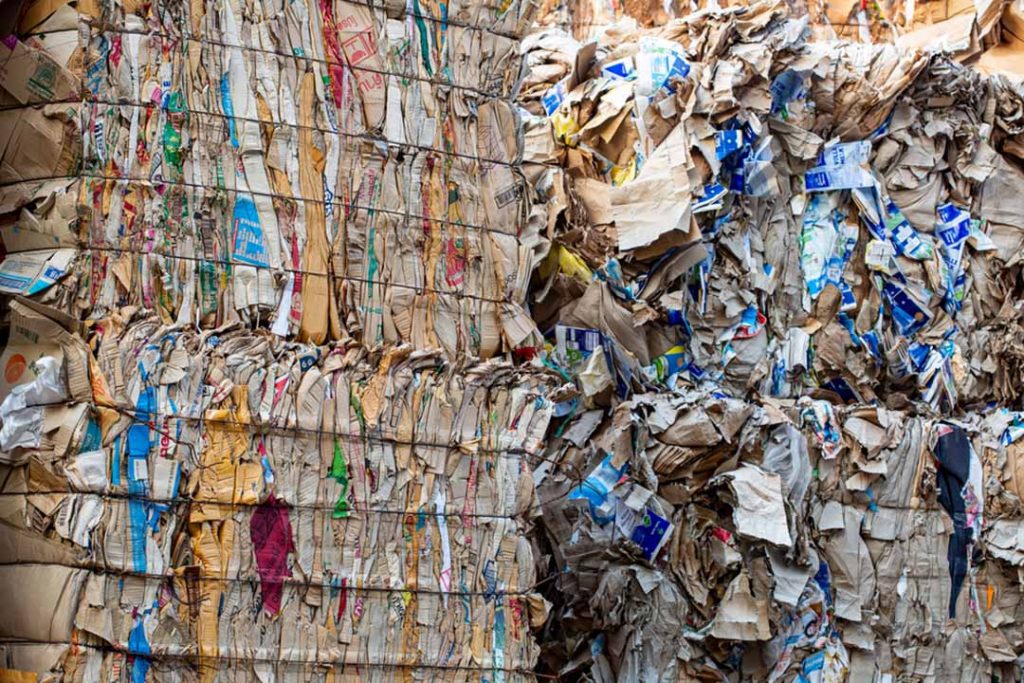 Numerous domestic recycled paper mill investments have been announced in the past two years, suggesting a much stronger domestic market for recycled paper in the years to come. | noomcpk/Shutterstock

WestRock, which operates recycling programs and paper mills, saw “significant change” with a shift from away-from-home packaging to at-home packaging as the pandemic took hold in the U.S. There was substantially more material going into curbside bins, noted Leone, who serves as vice president of recycled fiber supply at the company.

“It was just a matter of really being able to keep up with that grade mix: So maybe we lost retail, but we gained grocery,” Leone said. “The dynamics of what was being produced and what was available to the market, we were able to shift that with our relationships and [we were] able to move stuff around from mill to mill, to get those right feed recipe mixes for what we were seeing.”

Sasine, who spent a decade as head of packaging at Walmart prior to joining Crossroads Paper, said material generation out of the restaurant and other foodservice sectors is way down. These businesses are typically relatively large generators of OCC, Sasine said, and that will have an impact this year.

Crossroads Paper is developing a recycled paper mill in Utah, looking to serve the western U.S. From his perspective planning a new mill during this time of feedstock disruptions, Sasine said the Crossroads team is quite confident that there will be a “rebalancing” of the material flow.

Leone of WestRock said she anticipates the elevated level of e-commerce in recent months will be a lasting trend, rather than a temporary increase that goes away once the pandemic dissipates. The recycling sector must prepare by investing in processing infrastructure to handle the shifting OCC stream.

Following China’s National Sword import restrictions in late 2017 and early 2018, OCC prices plummeted and remained around a national average of $30 per ton until late 2019. Then, prices started to rise, and they increased to over $100 per ton in the months that followed. They’ve since dropped again, sitting at an average of $55 per ton nationally as of July.

If prices climb too high, mills are going to look for alternative ways to supply themselves with feedstock, he said. For example, if OCC goes too high, they’ll look at mixed paper, he said.

Although municipalities will not see the pre-National Sword pricing again, Sasine offered a silver lining with the new market normal. Local programs can anticipate far more predictability, without the massive market swings and volatility that came with export markets.

Simmons said the COVID-19 impact on paper demand overshadows previous major events that lessened demand, such as 9/11 and the late-2000s recession. With offices closed and companies making long-term plans for employees to work at home, the impact appears primed to continue. Newsprint demand also continues to drop – the latest indication of this trend came several weeks ago with the permanent closure of a Washington state newsprint mill.

It’s unclear how the coronavirus pandemic and its wider economic impact will affect all of the in-progress mill projects. But NORPAC and Crossroads investments are moving forward as planned, albeit with some delays.

NORPAC had a long pause on its project as the pandemic took hold. Like the mood at many companies, NORPAC did not want to talk publicly about any investments due to the many unknowns about what would come down the line with the pandemic.

That mood has shifted since those early days of uncertainty: Things are getting back on track and the company is moving forward with financing the packaging conversion project, Simmons said.

At Crossroads, “everything is on track, everything is moving forward as we hoped” with the plan to develop a new mill in Utah, Sasine said. That’s despite some of the challenges associated with developing a major project amid a pandemic.

“There are a few things that become a little bit more difficult,” Sasine said. “It’s hard to get folks in a room to make a decision, sometimes it’s hard to get out and walk a site, so there are things that just may take a little bit longer, but nothing has deterred us from the project or slowed us down beyond a calendar that we can all work with.”

Crossroads is anticipating a 2022 startup date.

With several new mills and expansion projects in the works, the U.S. containerboard market could potentially approach overcapacity. And with OCC already achieving a high recovery rate, substantial new domestic capacity could create tight competition for recovered fiber in the U.S.

But Sasine said he’s confident Crossroads will secure adequate feedstock. There are still substantial quantities of fiber that are not recovered for recycling, and a huge quantity of OCC still flows to China but will ostensibly be displaced in the coming year.

Additionally, some recycling programs have had trouble moving recovered fiber in recent years, largely due to the fallout of China’s import restrictions.

“As viable markets for that material emerge, that material is going to find its way to mills,” Sasine said. “We like to say that mills are like magnets, and they pull in the material from around them.”

Leone agreed that the move toward using more mixed paper is here to stay – provided the feedstock can reach certain quality thresholds.