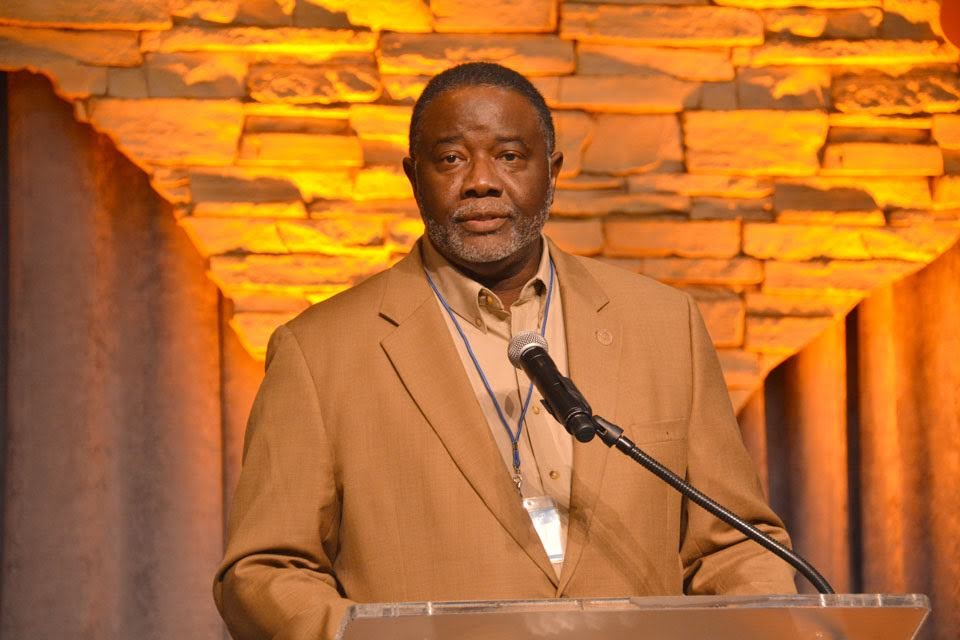 Harry Hayes has been director of Houston’s Solid Waste Management Department since 2007. | Photo courtesy of city of Houston

“She said, ‘White kids don’t think about this – they sign up for what they want, and you should too,'” Hayes recounted in a recent interview. “I have never looked back. I am so glad that that counselor had that courageous conversation with me.”

In the wake of George Floyd’s killing at the hands of police officers in Minneapolis, discussion of Black representation in decision-making roles has been elevated in many segments of society.

Hayes said that such a public reckoning over race is long overdue, in the business world and beyond.

“I’m glad that for the most part, the country has taken its head out of the sand,” Hayes said. “The poor treatment of one citizen should not be tolerated, and I’m just glad – as a citizen, as a parent, as a husband – that we are having these discussions and that we are really looking intently at what we do and how we live and how we treat each other as humans.”

The Arkansas town where he grew up was the site of a brutal public killing of a Black man in 1919, an episode tied to a series of race riots across the country that year.

Hayes said he has memories of “whites only” drinking fountains and waiting rooms in the segregated society in which he grew up in the 1960s. As a high schooler, he made another choice that challenged racial norms: deciding to join the golf team.

“It required a school board decision as to whether or not I could participate,” he said. “This was in 1979.”

He moved to Houston to attend Texas Southern University, a historically Black college that was formed in the 1940s by the Texas Legislature’s use of separate-but-equal doctrine to deny a Black student’s entry in the University of Texas law school.

“Even the college I attended is a reminder of the institutional and constructed racism of our great nation,” said Hayes. “And it shows that something that was born ugly now does really, really good things.”

In recent years, he has faced the realities of racism in conversations with his three children, who are ages 15, 21 and 26.

“I’ve had what they call the ‘Black parent discussions’  with all my children and with my wife about engagement with law enforcement,” he said.

Hayes began working for the city of Houston in the 1980s, working first as council community liaison for former City Council member Rodney Ellis, a prominent Black Texas politician who is now a commissioner for Harris County, which includes Houston.

Hayes said he does not feel he has encountered any direct racism in his efforts to advance his career as a public official – “I certainly would have filed a lawsuit,” he noted.

“Why do we not see that economic leverage in some communities – Black communities, brown communities, among women? It’s because of how we have grown up as a nation.”

But he added that it is not surprising to him that racial diversity seems lacking among waste and recycling industry leadership. He noted that a long history of laws and policies in the U.S. have prohibited minorities from owning property, living in certain areas and accruing wealth in other ways.

“Why do we not see that economic leverage in some communities – Black communities, brown communities, among women?” he said. “It’s because of how we have grown up as a nation.”

He also pointed to the structure of corporate America.

“If you look at the boards of these corporations, then you get a great indication of what the management of the companies will look like,” he said. “The board makes those decisions about how the company will participate in the American economic system, regardless of product or service.”

Evolution of his own department

In Houston’s solid waste department, the push for diversity under Hayes’ leadership has been an ongoing process.

He said that when the department was formed in 1972, as an offshoot of the city’s Public Works division, trash collection was seen as “the job of Black people.” Since then, more Hispanic and Asian workers have joined the fold, Hayes said. And in the late 1980s and early ’90s, women operators began to come onboard.

A current focus is to ensure those populations are represented among decision-makers. “We are currently in the process of filling a couple of managerial positions, and it’s my intent to ensure we continue to increase our diversity,” Hayes said.

He also said he believes that discriminatory undercurrents continue to exist in American leadership and policy making, pointing to debate around education funding as one example.

“We did not fully desegregate our schools until the mid-to-late 1970s in different parts of the country,” he said. “And immediately after desegregating schools what happened? Lots of private schools popped up because families did not wish their children to go to school with people of color. That’s why today we’re having this public debate about whether public money can go to private schools.”

He urges those in the industry who care about racial justice to remain vigilant.

“We shouldn’t fool ourselves about how institutionalized racism or separation of people or disenfranchisement of people modifies itself and takes on new names,” he said. “There are new code words and new outlets. So we have to keep our heads out of the sand and understand what’s going on around us.”

Look for a full Q-and-A with Harry Hayes in the September print edition of Resource Recycling. Not a subscriber? Sign up for free now.