As the coronavirus pandemic has swept across North America, recycling operators have generally been deemed part of their communities’ essential infrastructure. That’s been good for business but also brought a major question: How do facilities keep their workers healthy?

At Portland, Maine-based Ecomaine, Kevin Roche wasted little time putting a plan in place. The CEO and general manager of the quasi-governmental nonprofit processor elicited feedback from public health officials and then quickly implemented a policy in which employees were instructed to follow strict social distancing – and to log any instances where they came within six feet of another worker for more than 10 seconds.

Ecomaine operates a 50,000-square-foot materials recovery facility as well as a waste-to-energy plant on the same property. At another site, the organization operates a landfill. The group is owned by 20 communities in the region and contracts for service with another 52. In total, it receives material from roughly 400,000 residents.

In an interview in mid-April, Roche discussed how his community connections helped him swiftly develop a new working protocol. He also explained why he thinks recycling programs need to stay the course, even amid the current crisis.

Resource Recycling: What were the first steps you took when it became clear COVID-19 was going to be an issue in your community? 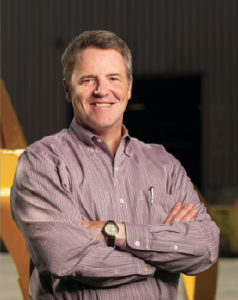 Kevin Roche: In my 30 years in the business we’ve had lots of crises we’ve been faced with, though nothing like this one. The one thing I did know was we weren’t going to close. In all the crises I’ve been through, in none of them have solid waste and recycling services been able to shut the door. Through my contacts with our owner communities, I was able to get a county Emergency Management Agency engaged and involved, and they work very closely with the [Centers for Disease Control and Prevention]. They said if you can keep everyone apart by three feet and then document every single interaction inside of three feet, then when you do have a positive test, you won’t wipe out your entire organization. They said that usually when they go into an establishment, it’s a guessing game when they ask workers who they have been in close contact with over the past two weeks. Nobody remembers. So we began that. We quickly morphed from the three-foot distancing to the six-foot distancing and we went to 10 seconds.

So every time two or more workers are within six feet of one another for 10 seconds or more, they need to document that?

Yes. That provided two things. The bigger part of it was the self-awareness. Now you have to write down every single close encounter you have, and you begin to develop really good habits about keeping your distance. It also allowed us to check in on employees and see how we could correct issues we were having. Why did you have to be within six feet of this person for an hour-and-a-half or three hours or whatever the case may be? The supervisors became required to engineer ways to keep our employees separated. And then when we have had issues, we’ve been able to use this as a way of tracing people’s footsteps.

How long did it take to get this all worked out and implemented?

I had conversations on the 13th of March with these agencies. Then Monday, March 16 we formulated a strategy and put it into place on the 17th. And then by the 18th, we started using the log forms and collecting data.

Have you had confirmed cases of COVID-19 among employees?

We have had positive coronavirus tests and fortunately we’ve had limited exposure. [Note: In a follow-up email, an Ecomaine spokesperson said as of April 14, one employee had tested positive, one contractor had tested positive and the spouse of one employee had tested positive.] We’ve been able to identify people who those people were in contact with and act accordingly. When you get these positive tests, the CDC calls you to do their investigation and their epidemiologists review what protocols you have in place and determine if they need to come in and take a closer look. When we went through our program on the phone, they basically said, “OK, you guys have got this under control, we’re moving on to the next workplace.” That gave me a certain level of confidence that we are managing this well and we’re able to stay open.

What other steps have you taken to limit possible virus exposure?

All employees are required to wipe down all surfaces they come in contact with. We did a deep cleaning of our common areas, and then we have extra janitorial help disinfecting surfaces. And we’re requiring our contractors to maintain the same physical distancing that we’re doing. Also, one of the things we’ve had trouble with is people coming into work sick. So we gave everybody a bank of an extra 40 hours to deal with issues related to COVID-19. That way, we could send people home and nobody had to fight about that, or we could require people to quarantine. Sometimes it took more hours than that, but at least it got them going and there was a lot less pushback. 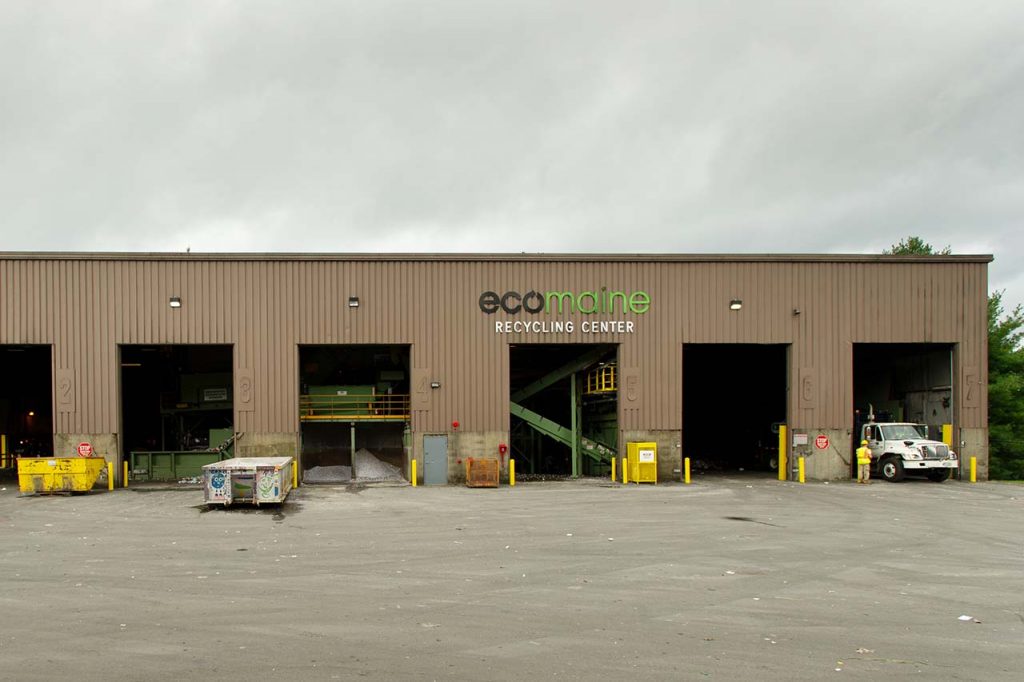 Ecomaine operates a 50,000-square-foot MRF that serves over 70 communities.

What about the threat of incoming material? Are workers at risk if there is a household with sick people and their material comes to one of your sites?

We’ve really relied heavily on the health professionals. I posed that same question to them. Their response was the face-to-face human transmission is the primary source of this transmission – and that’s also what’s on the CDC website. So yes, we need to wipe down our surfaces, and yes, we need to make sure our hands are washed and cleaned and we’re not touching our face. If you start to look at all of those secondary concerns that they don’t have absolute proof is causing this transmission issue, you might lose sight of the primary reason. That’s why we have really focused on keeping people apart. All the health professionals were saying the same thing.

I’ve also heard that waste and recycling operations typically already have protective measures in place to protect against potentially infectious elements of the stream.

Our guys have all their gloves on and are wrapped up in [personal protective equipment]. If the CDC were to come to us and say, “Hey look, this is highly transmissible through this touching,” then obviously I’d have to make other accommodations. But they haven’t come close to saying that. And when I talked to the Maine CDC director about it, he said, “You are doing the basic requirements that are focused on the highest risk areas.”

In some areas, communities have cut back recycling collection as the pandemic has taken hold. Are you seeing that in your region?

And they are doing it to reduce worker risk, or is it more of an economic decision?

I think it’s all of the above. But those communities really haven’t understood the essential service that the recycling infrastructure provides and returns back to the consumer. When they think that through, they might be less likely to make that quick dive right into trashing all those recyclables. I do understand recycling has been challenged economically in the last two years. But I always argue, look at the last ten years – recycling has served us very well. Once you trash those recyclables, you lose trust from the public and it just becomes a monumental task to bring back those programs. and we need this feedstock. The mills need this feedstock to keep us going to bring us back that packaging and paper goods that are so essential to our daily lives.

Why don’t all communities understand that?

It seems like the industry is seeing mixed messages here, and that makes it even more complicated. You have some in the hauling community who are advocating to just mix it all together because they don’t have the drivers or the resources. And you’ve got the landfills, of course. They are the big elephant in the room – they can take pretty much any volume you throw at them. And then you’ve got local government, which is really struggling. They are short-staffed, short on the resources, and can’t always make these good decisions. So you throw all that in the mix, it becomes harder and harder to advocate for good solid waste policy.

It’s interesting that the COVID-19 crisis is exposing some of the basic tensions in the solid waste industry.

The industry has to be doing a better job at really pushing the integrated approach of solid waste management that many of us spent lots and lots of time and lots and lots of dollars on to develop these programs and plans. I’m worried about the recycling industry. I’m worried we’re going to run out of paper and other types of recycled material, and I’m worried that will have a negative impact on the industry. We need to maintain the flow of material we’ve got, which is a lot less than it was a year ago. When recycling became more expensive, a lot of people dropped off.