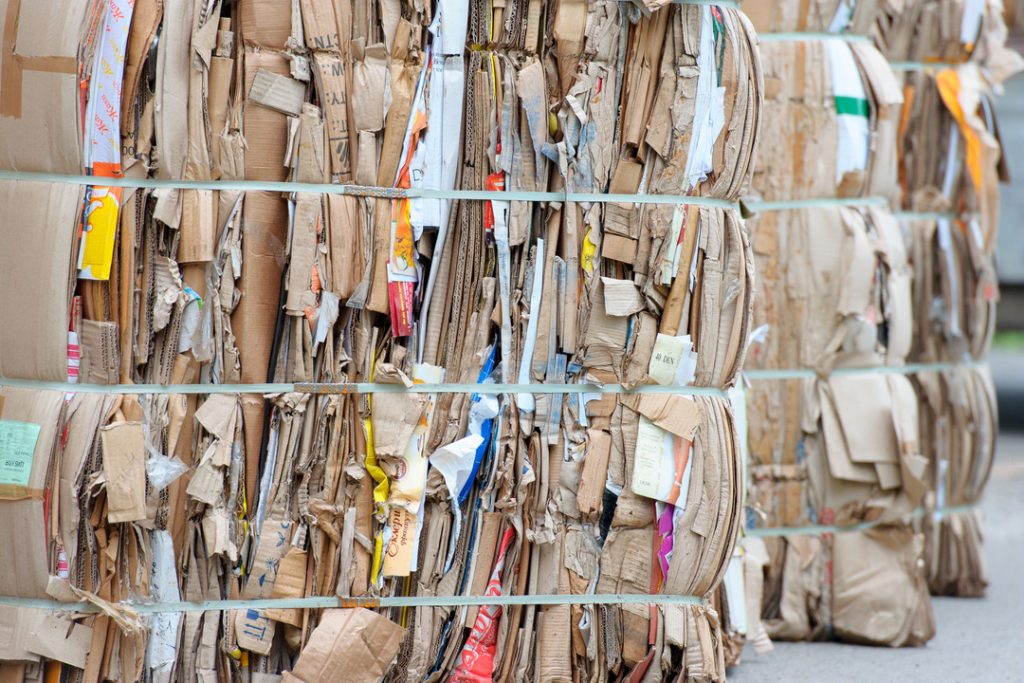 In recent years, DS Smith has moved into the U.S. market, including acquisition of two paper mills. | Olexandr Panchenko/Shutterstock

A major British paper manufacturer is growing its presence in the U.S., increasing domestic demand for recovered fiber. The company’s leader forecasts a great future for recycled fiber use in paper packaging.

DS Smith recently opened its latest box-making facility in the U.S. in Lebanon, Ind. When it reaches full scale, the facility will produce between 130,000 and 140,000 tons per year, company CEO Miles Roberts said.

DS Smith is a large-scale packaging producer and recycling operator in Europe, collecting about 6 million tons per year of fiber. The company operates mills and converting facilities to produce recycled materials for packaging production, including – increasingly – corrugated box manufacturing.

In recent years, the company has moved into the U.S. market, commissioning multiple box plants and acquiring two paper mills: one in Reading, Pa. using primarily OCC and one in Riceboro, Ga. using some OCC and mostly virgin fiber. Paper mills produce the fiber products that are the feedstock for box manufacturing.

Roberts told Resource Recycling he sees signs for strength in the recycled fiber market on the horizon, citing progress on both the recycled-content front and material collection.

“There is a huge and growing awareness with our customers and regulators, of not only the need to make a product from recycled material but to make sure we are also taking responsibility for picking it up,” Roberts said.

Given that awareness, mixed with the growing e-commerce market that often utilizes corrugated packaging, Roberts sees a “huge future” for corrugated materials, which frequently include recycled content and are readily recyclable.

“The corrugated box market is going to expand,” he said.

For DS Smith, the corrugated market expansion means significant recycled fiber capacity expansions. For the Indiana facility, the company’s goal is to get up to its feedstock average across its entire company, which is about 85% recycled fiber and 15% virgin.

The Indiana facility is not attached to a mill; That’s a model the company has employed at all its sites, and it helps the company tailor feedstock to customers’ specific needs, Roberts explained.

“We tend to use a variety of different papers, and therefore having a mill attached to a site, we don’t work in that way anywhere,” he said. “We use the papers in packaging that our customers want.”

He noted there is ample mill capacity in the region surrounding the Indiana box plant, and the facility will be sourcing from a variety of suppliers, as well as from the company’s in-house fiber supply business.

Beyond its fiber consumption, DS Smith is a major recycling collector in Europe, using collected fiber to feed its own operations. The company operates MRFs and works with commercial generators to recycle their paper, cardboard and plastics.

As for whether the company plans to enter that business in North America, Roberts noted DS Smith has already started recycling collection operations in the U.S. on a small scale.

“It’s an important part of our model, and we hope to continue to develop that, to make sure we’re getting in the right quality of fiber coming through,” he said.

The fluctuating recycled paper market has had a number of impacts in North America. Falling mixed paper and OCC prices have meant cheaper feedstock for recycled paper mills. Prices and feedstock availability have also been tied to a handful of paper mill capacity expansions, suggesting the domestic market will be stronger in the years to come.

Given everything that’s happened in recycling markets over the past few years, Roberts anticipates these impacts will continue.

“We can see, on the recycled side, how the overseas countries aren’t taking the volumes they used to,” Roberts said. “There’s a huge challenge on the quality of the fibers, the contamination. This is not going to go away.”

Nobody can predict what the Chinese government will do as far as future import restrictions, Roberts noted, but it’s clear how other countries are responding. The U.K., for instance, is proposing a law to ban the export of any plastic waste. And Roberts pointed to recycled-content legislation across Europe, as well as a proposal that failed in California last fall but is expected to be revived in the future, as evidence of greater government interest in mandating sustainability goals.

“We’re seeing legislation starting to tighten, some in the U.S. about landfills and what can go in there,” he said.

Meanwhile, foreign economies are “putting the onus back on these countries to deal with their own rubbish,” Roberts explained. “And that basically means more recycling in-country.”

That’s not a change that happens quickly, he said, but with the pressure from both consumers and governments, the trend is moving that direction.

Major consumer goods companies are asking packaging manufacturers, “What are you doing, how can we support you, so our product and our packaging doesn’t end up in a landfill?” Roberts said.