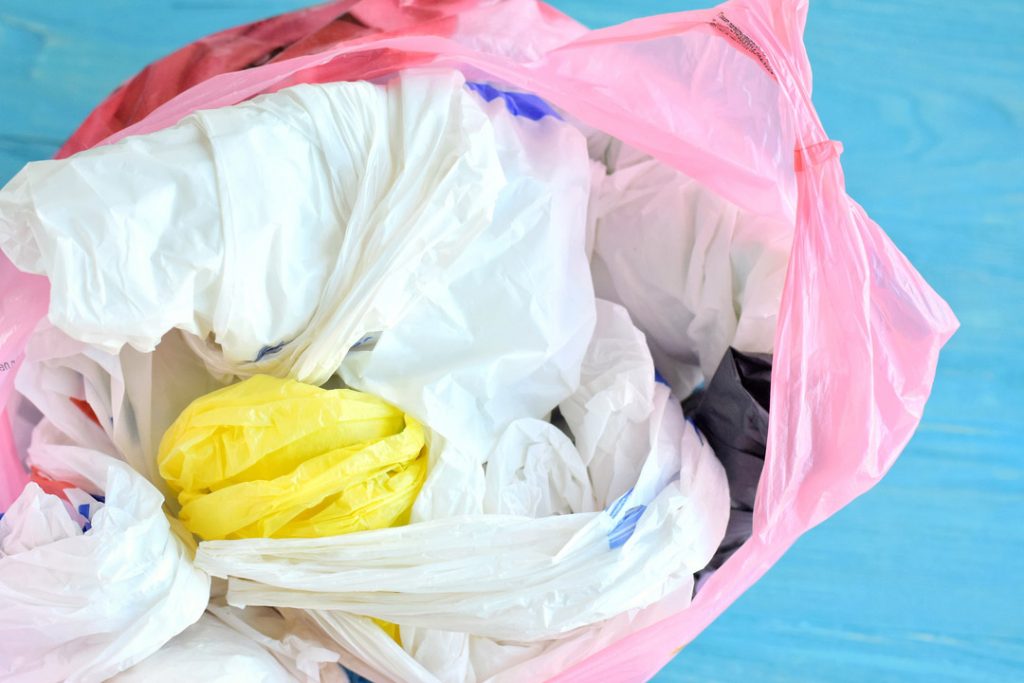 A coalition of bag manufacturers is committing to use more recycled plastic in the coming years. Recycling stakeholders are reacting to the pledge, which will include both post-consumer and post-industrial resin.

The American Progressive Bag Alliance last week rebranded to become the American Recyclable Plastic Bag Alliance (ARPBA). Along with the name change, the group, which represents bag manufacturers and other companies in the plastic film supply chain, put into writing multiple commitments related to recycled content and recyclability.

Matt Seaholm, executive director of the organization, said he doesn’t view the rebranding as a shift in focus for the group.

“I think it’s a public explanation of where our members have been,” he said. “Then it goes a little further in setting goals.”

A handful of recycling industry stakeholders provided reactions to the announcement, both giving kudos and calling for the manufacturers to focus on post-consumer resin (PCR) rather than post-industrial plastic.

“If we want to increase the sustainability and circularity of plastic grocery bags, we must use post-consumer grocery bags as a feedstock for creation of new bags,” said Martin Vogt, president and CEO of film recycler EFS-plastics, which is part of a group pushing for mandated recycled content in bags.

ARPBA members commit to selling products with 10% recycled content by 2021, 15% by 2023 and 20% by 2025.  The recycled content goals are the same targets outlined by the Recycle More Bags coalition, a group of film recycling stakeholders looking to improve plastic bag recycling in North America, in draft legislation the group has compiled.

But there is a key difference: Recycle More Bags specifies post-consumer resin in its draft proposal, but the ARPBA commitment covers all recycled plastic, including both post-industrial and PCR.

“Where we were coming from is, anything you divert from the landfill because you’re recycling it is a positive,” Seaholm said.

“Will there be PCR in those numbers? Of course,” Seaholm added. “Especially with states like California having a 40% PCR requirement, there’s no doubt that a lot of PCR resin will be used in the manufacture of plastic bags.”

It’s unclear whether there would be enough PCR available to fill the demand that would be created if the commitment specified only post-consumer material. Seaholm said ARPBA doesn’t share figures on the amount of plastic bags produced by its members each year due to antitrust concerns, so it’s difficult to estimate the quantity of additional recycled plastic that will be consumed through this commitment.

However, Seaholm noted there is a fairly tight PCR market and that, from what he hears, it could be tough for manufacturers to hit the stated goals with only PCR.

“We’re hoping that by efforts like this, more investment is made into getting that PCR resin,” Seaholm said.

Seaholm framed the bag producer commitments as one component of building up the film recycling system as a whole, from collection through end use.

“There’s no doubt there needs to be additional public infrastructure dollars that go to improving the recycling stream,” Seaholm said. “But at the same time, there need to be end markets.”

That’s not to say the group is ignoring the collection side of the equation: Seaholm pointed to a portion of the commitment in which producers pledge to support municipal programs in educating the public on proper bag recycling.

And, he added, end markets can improve the system upstream as well.

“From a plastics industry perspective, we think recycled content is a very good way to go,” Seaholm said. “The more valuable the material to be collected is, the more likely it is to be collected.”

Before the rebrand, the American Progressive Bag Alliance was well-known for working to stop plastic bag bans, and it’s clear the group will continue to lobby against such legislation – its website describes ARPBA as “the frontline defense against plastic bag bans and taxes nationwide.”

But Seaholm said the coalition often gets asked what it supports and what it is doing to improve issues surrounding plastic bags. The rebrand reflects the group’s desire to communicate the actions bag manufacturers are taking.

“At this particular time in the plastics debate, we wanted to clearly lay out where our members are coming from,” Seaholm said. “To be honest, I think they get a bad reputation sometimes with all of the negative messaging going against our industry.”

Resource Recycling queried a handful of recycling industry stakeholders who are part of the Recycle More Bags coalition for their reaction to the commitment. Respondents praised the move as a step in the right direction, even as some emphasized that the commitment would be even more impactful with language specific to PCR.

“Its commitment is one example of how viable, sustainable markets exist for this commodity,” Wiener said. “Other manufacturers should follow this lead and commit to the use of recycled content as a way of rediscovering the many benefits of recycling.”

Roplast Industries, a film recycling company and producer of reusable polyethylene bags in California, said the ARPBA’s work to “voice a universal commitment on behalf of bag producers demonstrates progress.”

“This voluntary commitment is a good first step,” said Roxanne Spiekerman, the company’s executive vice president and general manager, in a statement. “That said, we do believe it is sensible to use the term ‘post-consumer recycled content’ instead of ‘recycled content.'”

The pledge will mean more manufacturers using greater volumes of recycled film. With this higher utilization, Spiekerman said that the ARPBA pledge has the “opportunity to be impactful with more detailed metrics and validation methods for post-consumer content.”

(Spiekerman is a member of the board of the Association of Plastic Recyclers, which owns Resource Recycling, Inc.)

Vogt of EFS-plastics said any replacement of prime resin with recycled material is “an important step in the right direction.” He said the Recycle More Bags coalition is pleased to see ARPBA followed the same timeline and percentage inclusion in its commitment.

Still, he pointed to the inclusion of post-industrial resin as a potential shortcoming.

“As a post-consumer plastic film recycler, EFS-plastics is concerned that a commitment to only ‘recycled content’ instead of ‘post-consumer recycled content’ will do very little to reduce the large volumes of plastic grocery bags and other film being disposed of in North America today,” Vogt stated.

“Consuming more industrial regrind or pre-consumer material is not going to change the fact that MRF film all over the country is going for disposal,” he said in a statement.