First Person Perspective: Right to Repair is bound to succeed 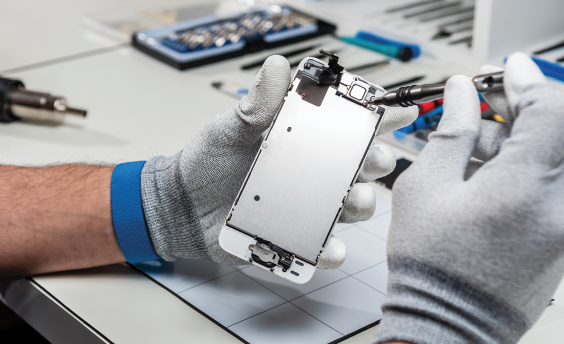 Twenty states officially filed variants of Right to Repair legislation in 2019. No bills have received a vote yet – which is normal and expected, given how hard it is to get all but the most trivial of bills passed.

Legislative passage is inevitable, but it isn’t easy with roughly $28 trillion in market cap arrayed in opposition. Despite this ludicrous imbalance of financial power, polling consistently shows 90% approval among consumers without any obvious socio-economic, partisan or geographic bias.

In short, Right to Repair is going to happen.

What exactly is Right to Repair? The phrase encapsulates a national push for state-level legislation that would require product manufacturers to make available the information, tools and parts that allow consumers and independent shops to repair the things they own, most notably consumer electronics and farm equipment.

Guaranteeing pathways to repair can help cut down on disposal, create local jobs and empower individuals.

Right to Repair legislative efforts are now reaching critical mass in terms of legislative and staff experience. In addition to the 20 bills that were filed, there were another half-dozen that were in the works during legislative sessions this year. We know this because opposition lobbyists in Big Agriculture were publicly fighting to block the mere filing. Even if no new bills are introduced in 2020, the continuation of existing bills can easily carry legislation to success.

We really need just one bill to become law and the dominoes will fall quickly.

There are already more state legislators setting up to file bills in 2020 – proof that momentum continues to build in our direction. Right to Repair remains solidly non-partisan, as proven by the wide variety of politicians who have found common cause on this issue.

Legislators tend to believe lobbyists working for iconic brand names when they claim repair will harm consumers (it doesn’t), that repair will spur cyber-theft (it doesn’t) and will somehow (bizarrely) harm the environment. It takes time to debunk these assertions, which always slows the first pass at bills. Our best prospects for passage are the oldest bills, where legislators no longer believe lobbyists and are often angry they have been misled. FUD tends to backfire.

More than one type of win

The raw tally of bills filed doesn’t reflect the close calls and near misses that are themselves victories.

Washington State passed a bill rapidly through the House Committee on Innovation, Technology & Economic Development and should have been called for a vote but for last minute interference by Microsoft. Legislation in California has been scuttled twice now by committee schedules being pulled at the last minute – leaving the bill sponsor even more determined than before.

In Illinois, we had expected lawmakers to want to exempt John Deere equipment in their bill, but the legislators themselves decided to include agricultural equipment. New Hampshire backers moved a Right to Repair bill quietly in the state’s Assembly, getting no media attention. That bill will most likely have a vote in January. Nebraska leaders should have moved the state’s Right to Repair legislation easily through their agricultural committee, but last minute flubs by the Nebraska Farm Bureau killed that effort before filing.

Meanwhile, bills in New York and Minnesota could have moved to the floor at the end of their legislative sessions but were derailed by the tyranny of time, not because they wouldn’t have passed. Legislative leaders triage every minute as session deadlines loom. That means lots of good bills, including ours, should be brought for voting early in 2020.

Looking forward to 2020, we know that legislators want to move Right to Repair bills, but also want to pick their battles. While repair is identical for electronics within any product, legislators like to exempt categories of equipment to satisfy opposition claims that the bill is “too broad.”

Some bills will be stripped of agricultural equipment, others of medical equipment. There will also likely be agriculture-only bills that don’t include consumer electronics. As a result, multiple state laws will likely be needed in order to fully include every type of product that contains a digital part.

Right to Repair momentum is also growing at the federal and international levels.

The Federal Trade Commission (FTC) has started poking into abuses of warranty and consumer protection law that have been thwarting repair. In 2018, the U.S. Copyright Office (USCO) removed the threat of copyright infringement for repair on all land-based motor vehicles, home appliances, IOT devices, and just about all mobile and computing equipment other than gaming stations.

Looking at the foreign scene, two Canadian provinces have filed Right to Repair bills so far, and Australia and New Zealand are starting their own efforts. Regulatory action in the EU has been driving standards for better design for repair, particularly for home appliances and other large energy-using equipment such as servers and lighting.

We’re all pointing in the same direction. And this increasingly global inertia around the issue underscores the fact that soon enough Right to Repair is going to move from idea to actual law.