Tomra CEO: Industry has an opportunity for greater value recovery 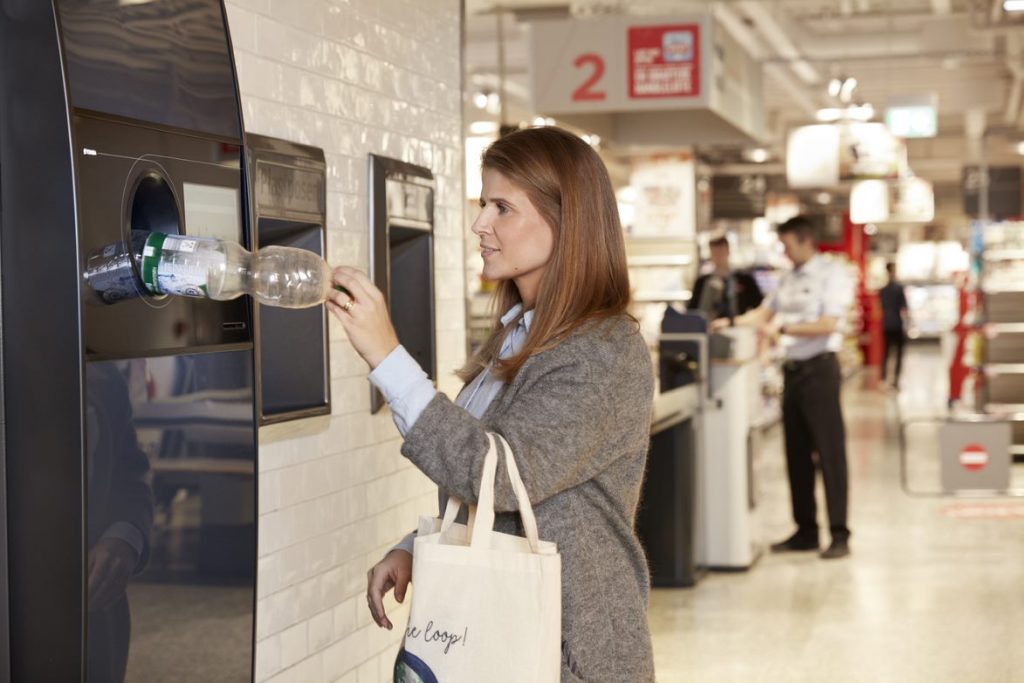 Tomra CEO Stefan Ranstrand shared his perspective on what’s needed to usher in a circular economy. | Courtesy of Tomra.

The leader of a global recycling equipment company says improved processing infrastructure will be vital to the industry’s future. But collaboration among all stakeholders is just as important.

Recent recycling market challenges have spurred significant dialogue over the future of materials recovery and how to avoid market crises. As a major equipment supplier for the recycling industry, Tomra has had a unique position on the market shifts.

Stefan Ranstrand, president and CEO of Tomra, offered his thoughts on the potential available for the industry, given the right investments and cooperation.

“There is an opportunity to extract more value, to turn the tap of virgin and open the tap of recycled material,” Ranstrand said. “This will be done over stages of a long time, not instantly, but every long march starts with a first step, and that’s the journey we want to take with the industry here.”

Tomra was founded in 1972 in Norway and has grown to be a global supplier of equipment for container deposit collection systems as well as MRF sorting systems. Today, the company sells its equipment in 80 countries.

“Lately we have seen some pretty drastic changes,” Ranstrand said.

Since late 2017, China has stopped virtually all of its scrap plastic imports.

“As a consequence of that, we see how there is a lack of infrastructure investment in the Western world, in the U.S., in Europe, in most developed countries,” Ranstrand said. “They are sitting on mountains of plastic and don’t know what to do with it.”

From Tomra’s perspective, he said, “waste” is a resource, and it should not be exported to other countries.

“Like you clean your own house, you should also clean up the waste in your own country,” Ranstrand said, “and rather see the opportunity to build a sustainable or green economy around it.”

He also promoted extracting the highest value from recovered material. In recent years, when material such as low-grade mixed plastic was sold to China, the plastics were extracted and processed as mostly low-quality fibers, including those for textiles or straps, Ranstrand explained. In those applications, there’s a far lesser chance the plastic will be recovered and recycled again, meaning it’s “really the end-of-life of that material.” 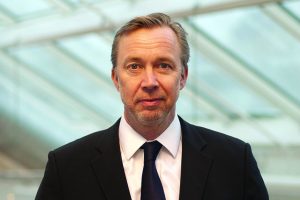 “But we who are in the industry, we know that the material has much better properties and can be reused, and in fact, what the industry is not capitalizing on is the opportunity to upgrade the plastic so you can get much higher value out of it,” Ranstrand said.

He offered a hypothetical example of a bale of mixed plastic selling for $200 per metric ton. With greater sorting, shredding and washing, that material can be upgraded in quality, and its value can increase “by a factor of 2.5 to 7,” Ranstrand said.

Tomra has worked with several consumer goods companies on pilot projects to demonstrate that with greater sorting and washing, low-value plastic can be recycled into packaging. (Ranstrand declined to name the companies, citing confidentiality agreements.)

He likened the recycling process to the refining of oil into gasoline.

“If you think general waste is a commodity, you have to make a product out of that, so really meet consistently precise specifications,” Ranstrand said.

“When we can demonstrate that that is possible, meeting the requirements of the consumer goods companies’ properties that they need for their material, then I think we can generate demand for recycled plastic,” he said.

With a little bit more equipment providing better washing capabilities and more precise sorting, and by working together with end users, the value of the waste stream will increase significantly, Ranstrand said.

Embracing collaboration – and some design changes – to build demand

Although he noted the company is always investigating new options, Ranstrand feels the necessary technology is already available today. Instead of new types of equipment, he said it’s more about investing and building the right process with what is on the market now.

Still, end users incorporating additional post-consumer resin may have to make some changes to their packaging, Ranstrand said. The colors might be slightly different, for example. The properties of the packaging will not change, but visually it may need to shift.

“I think that’s something the industry just needs to work through and create something good out of it,” he said. “I’m convinced that most consumers today would embrace it, will actually like to see their top brands and suppliers being more sustainable and showing that they care about the environment.”

Overall, Ranstrand stressed the importance of collaboration among all sectors involved in the recycling process – the waste management industry, processing sector and end users.

Ranstrand envisions a system in which recycled resin costs less than virgin material. This dynamic has been difficult to achieve in recent years due to low oil prices, but Ranstrand says the key is to build demand.

He noted government regulations could help to build demand, pointing to the single-use packaging directive announced this year in the European Union. The new regulations will increase collection requirements for plastic containers in the coming years and will implement recycled content mandates on new plastic packaging.

Although that type of aggressive EPR system and mandate has not been seen in the U.S., Ranstrand said he is optimistic given the interest from consumer goods companies, even without the regulation.

“There’s a high willingness from them to do something,” he said.