In the runup to the 2019 Resource Recycling Conference and Trade Show in New Orleans, we’re offering Q&As with a few of the industry leaders who will be taking the stage. 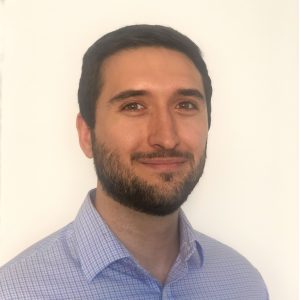 This week we check in with Carmelo Freda, who helps manage materials diversion at the The City of New York Department of Sanitation (DSNY).

Freda will be speaking on the Where Things Stand in Asia session at the event next month, offering details on how recycling in America’s largest city has been affected by China’s materials import ban and the fallout across the world of recycling markets.

When did DSNY begin feeling the impacts of National Sword? Was this something the department was anticipating or did it come as a shock?

DSNY monitors market conditions for recyclables, export and domestic, so it was aware of China’s series of import requirements applied to scrap materials as they emerged. It did not come as a shock, but it wasn’t predicted or anticipated beforehand either. China’s trade actions were understood as part of the secondary materials market landscape that has always existed, and will always exist, for trends involving raw and substitute materials supply, demand, substitution and exchange in a global economy.

What has the impact been on the city’s recycling program?

DSNY is fortunate to have long-term (20-year) contracts with floor and ceiling provisions that guarantee acceptance capacity by processors for all DSNY material, regardless of market highs or lows. In addition, roughly three-fourths of all paper collections are processed and routed into remanufacture in one local mill – Visy paper – with whom DSNY has long-term contracts similar to those of its metal-glass-paper processor, Sims Municipal Recycling [Editor’s note: New York CIty has a dual-stream collection program]. This added a second layer of protection against market uncertainties.

“Our recycling vendors are impacted by the low market prices but are somewhat insulated by the structure of our contracts.”

Are there any plans to remove materials from your program that no longer have strong markets in Asia?

For reasons described above, no actions have been taken in response to the market shifts that have taken place over the last several years, and there are no plans to pull materials. NYC is one of the only U.S. cities that has remained dual stream. For a time, DSNY contemplated moving to a single-stream collection system to boost collection efficiencies. This plan was reconsidered when the benefits of single-stream were overshadowed by the stability of dual-stream collections in the current market conditions. Our recycling vendors are impacted by the low market prices but are somewhat insulated by the structure of our contracts.

Where is curbside material that was previously headed to Asia now ending up?

DSNY contract provisions require that all collections of designated recyclables go to beneficial use. However, DSNY does not track specific markets as this information is not required from processors under current contracts. This arrangement is typical of municipal recycling processing contracts, wherein processors, not municipalities, route recyclables to different buyers in various parts of the world according to demand, price, and other business signals.

What are the inherent challenges of navigating global shifts like this for a program as large as the city’s?

There are inherent challenges for curbside recycling in general, in North America and elsewhere, involved in selling secondary materials in market conditions.  The impacts on NYC are if anything less than for other places, in part for reasons described above, and in part because the size of supply guarantees economies of scale that smaller municipalities do not have.

Freda will be speaking on the Where Things Stand in Asia concurrent session Tuesday, Aug. 27 at 1:30 p.m. Other panelists include Joe Pickard of the Institute of Scrap Recycling Industries, Chris Cui of Closed Loop Partners, Bill Keegan of Dem-Con Companies and Lindsey Walker of Michigan’s Emmet County.

The discussion will be moderated by Michael Timpane of RRS.

Head to rrconference.com for the full schedule of events and to register today!