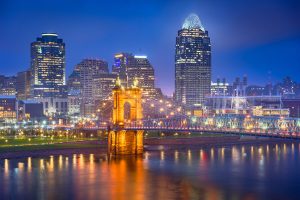 Cincinnati will serve as the next site of the U.S. Chamber of Commerce Foundation’s project to help boost recycling rates.

The foundation on May 22 announced it will bring the “Beyond 34: Recycling and Recovery for a New Economy” project to the Ohio city of 300,000 people. The goal of the multi-stakeholder initiative is to increase recycling rates beyond 34%, the national average recycling rate over the past several years.

The Beyond 34 model first convenes local stakeholders before providing them with an analysis of the local waste management system, including projects to could boost recycling. Then it implements identified projects with seed money from Beyond 34 and other sources.

According to a press release, the Cincinnati project will be implemented as a private-public partnership between the U.S. Chamber Foundation, the city of Cincinnati, Hamilton County and the Cincinnati USA Regional Chamber.

Cincinnati was chosen because it has local leaders who are committed to recycling, and the city tracks key recycling data, according to the release.

The U.S. Chamber Foundation launched the Beyond 34 pilot project in Orlando, Fla. in 2017.

Scott Breen, associate manager of the U.S. Chamber of Commerce Foundation, will speak about the Beyond 34 project during the closing plenary at the 2019 Resource Recycling Conference and Trade Show, which is happening Aug. 26-28 in New Orleans.