In early March, the U.S. Department of Commerce released numbers for U.S. export activity in December 2018, allowing the industry to make full-year comparisons between 2017 and 2018. And because China’s National Sword policy took effect Jan. 1, 2018, the data helps illustrate the impacts China’s policy had on the global flow of recyclables.

Overall, U.S. companies exported nearly 21.0 million short tons of recovered fiber in 2018, which was actually up from 20.1 million in 2017. But as the top chart below shows, recovered fiber was moving in new directions. China reduced fiber imports by 3.7 million tons while there was significant growth in exports to India, Indonesia, South Korea and elsewhere.

On the plastics side, the U.S. exported 1.3 billion fewer pounds of scrap plastic in 2018 than the year before, representing a 35 percent decrease.

Many other countries brought in a larger share, most notably Malaysia, which saw its share of U.S. scrap plastic jump from 7.3 percent to 18.8 percent. 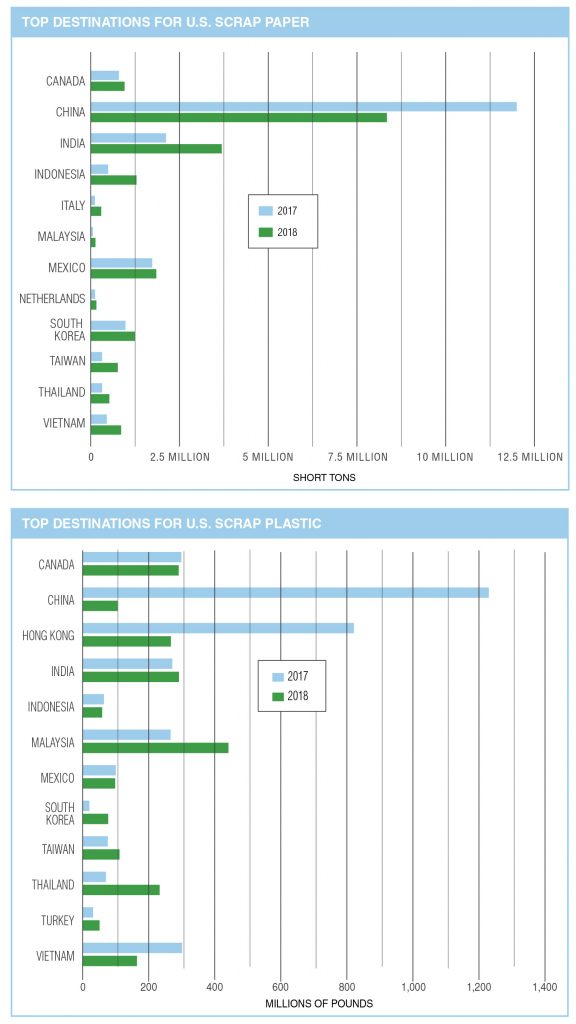