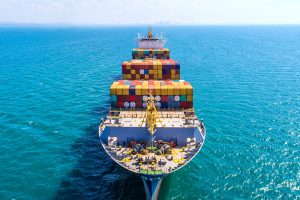 Full-year export figures were released by the U.S. Census Bureau this month.

U.S. companies exported nearly 21.0 million short tons of recovered fiber in 2018, up from 20.1 million in 2017. That increase came despite China reducing fiber imports by 3.7 million tons. There was significant growth in exports to India, Indonesia, South Korea and elsewhere.

At the same time, OCC exports grew nearly 27 percent, increasing from 9.9 million short tons in 2017 to 12.5 million tons in 2018. That makes 2018 by far the largest year for OCC exports in the period for which records are available.

(Story continues below charts. Click a chart to view full size in a new browser window.)

On the plastics side, the numbers show which countries increased imports in 2018 and underscore how little volume was shipped to China. But perhaps most striking is the overall drop in material leaving the U.S. compared with previous years.

The shift in export destinations has also become even clearer. China went from receiving 33.4 percent of recovered plastic exported from the U.S. in 2017 to just 4.5 percent in 2018. Hong Kong also became a less significant buyer, importing 11.3 percent of exported U.S. plastic, down from 22.4 percent in 2017 (much of what is shipped to Hong Kong is re-exported to Mainland China).

As the biggest players decreased purchases of U.S. plastic, many other countries brought in a larger share. Some were particularly dramatic – Malaysia’s share of U.S. plastic jumped from 7.3 percent to 18.8 percent.

(Story continues below charts. Click a chart to view full size in a new browser window.)

Last year was a turbulent one for global plastic shipments. Exports to Malaysia, Thailand and Vietnam, for example, grew substantially in early 2018 compared with previous years, in some cases doubling and tripling year-over-year. But midway through 2018, each country separately began taking action to counter the trend. The result was a year of fluctuation in exports to Southeast Asia.

Malaysia averaged imports of about 56 million pounds of U.S. scrap plastic per month from January through July. But in August that figure plummeted to 10 million pounds, following policy changes to stem the increase. The monthly volume remained relatively low for the remainder of the year.

Thailand charted a similar course, clamping down in July to reduce imports after what had been higher-than-normal volumes the first half of the year. However, shipments to Thailand began to inch back up by the end of the year, rising from a low of 1 million pounds in August to 17 million pounds in December.

Vietnam also slashed imports beginning in June, but unlike Thailand the country saw no major increase as the year drew to a close. Vietnam brought in a high of 39 million pounds in May but closed the year out with 2 million pounds in December.