Despite disposal ban, OCC heads to landfill in one state 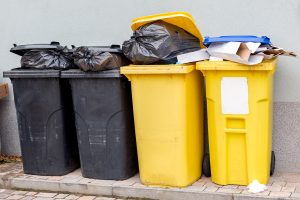 The Massachusetts Department of Environmental Protection (MassDEP) issued more than 100 violations against entities found to be violating the state’s disposal bans, according to a Jan. 17 announcement.

Most of the common residential recyclables are banned from disposal in the state. The Massachusetts ban includes OCC and other recovered fiber, glass, plastic containers and more. Bans also cover organics, some electronics, tires and commonly generated industrial scrap material.

Throughout 2018, the state agency issued 119 non-compliance notices and eight penalty orders to companies that improperly disposed “significant amounts of recyclable materials,” according to the release.

OCC was the most commonly disposed material that’s legally required to be recycled. It made up nearly 80 percent of all materials in violations. That’s despite the material being “simple and cost-effective to recycle with well-established markets,” the announcement stated.

In most cases, the recycling problems were due to lack of staff training or logistical issues such as container size or frequency of collection. The majority of companies addressed the problems and came back into compliance with the disposal rules, according to MassDEP.