Q&A: Finding the recycling rate of the future

Tim Townsend is an environmental engineer and professor at the University of Florida who has extensively studied a variety waste-related issues over the past decade.

His current work taps right into a key question among forward-looking materials recovery professionals: How do we move away from focusing solely on tons recovered and measure the wider environmental benefits that come through considering the entire life cycle of the materials we use?

The answer, Townsend proposes, may be to stick with the tried and true concept of a recycling rate but to calculate such a figure in a new way. 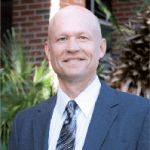 Townsend and his team garnered funding for their research from the state of Florida-funded Hinkley Center for Solid and Hazardous Waste Management and then began an initial dialogue with a working group of policymakers and representatives from municipalities and private waste firms, many of which are feeling pressure as Florida attempts to hit a 75 percent statewide recycling rate goal by 2020.

Earlier this year, Townsend and other members of his research group published details on their efforts in the journal Environmental Science & Technology. Resource Recycling chatted with Townsend to get a better understanding of how the work could push forward materials recovery measurement in the years ahead.

Resource Recycling: Why is it important to try to develop metrics beyond the standard weight-based recycling rate?

Tim Townsend: Going after 1 ton of waste just for the sake of recycling 1 ton of waste isn’t necessarily the best use of time and resources. A lot of local governments fall into the trap of looking for more tons. We were losing sight of the bigger picture of sustainable materials management (SMM) and failing to ask, “What is the benefit or progress toward your objective?” We are trying to put it in a tangible, recognizable form for policymakers and others.

How exactly are you doing that?

It’s a little abstract, but the idea is that in any given year, a community, if they have enough information about their waste stream, they can calculate their normal recycling rate – tons recycled over tons generated – but they can also develop a number with similar units but that is actually based on greenhouse gas emissions.

At some point in the future, if sustainable materials management plays out like a lot of people want, we’ll all be familiar what millions of BTUs represents (editor’s note: BTUs are used to describe an item’s energy content) or what millions of metric tons of carbon dioxide represents. Until then, this might be good bridge to connect current methodologies with what we could end up doing with alternative endpoints.

Florida certainly seems to be in danger of not hitting its 75 percent recycling rate goal. Its reported rate for 2015 was 54 percent. And state funding has helped support your research. Does it seem to you that Florida will adopt this new, emissions-based way of calculating a rate?

The Florida Department of Environmental Protection has been very interested and has been a very good partner. I am speaking as a University of Florida professor, though. I don’t want anyone to misconstrue that this is what Florida is going to do. But it is our hope is that we providing good information that will help Florida and other members of the solid waste community to embrace life-cycle thinking as part of how we look at our waste stream.

What is the general feeling among municipal recycling coordinators when you’ve talked to them about these ideas?

I’d say that group has been the most receptive of anyone we’ve addressed. They understand completely the issues; they understand completely the problem of just chasing tons. And I think the vast majority of our interactions have been very positive. The folks who are responsible solely for collecting garbage and making sure it goes to the right place based on what government requirements are – they maybe have more questions about how it would work and the difficulties of applying it. But I think that’s more from a practical perspective. From a concept perspective, the recycling coordinator community has embraced it. Now that doesn’t mean they don’t have skepticism about how you would do it. But by and large I’ve been surprised at how well it’s been received.

A lot of this is geared toward measurement at the local level. But what about accounting for efficiencies in the greater supply chain? Things like reduced materials usage in manufacturing – how do you cover that?

For the most part, the data we’ve been using are all derived from what’s measured in local governments. It’s data reported to states, or in some instances private industries reporting to the state. We then take that data, we use information tools like EPA’s WARM model and we go ahead and come up with these alternative ways of looking at a recycling rate. It does capture some of the components of source reduction. However, the next step – and we’re really not there yet – is asking, “How do you start to tie in decisions about what types of materials you use in buildings or packaging or in products?” There are all those other things that would be part of the true intent of sustainable materials management. I would say there’s still a long way to go on that.

Often in SMM discussions, there can be some tension between material types, with some materials highlighted as better than others. How do you respond to that type of debate?

It’s absolute truth that if you just compare, say, GHG emissions, and that’s your only output category, there are definitely some materials that come out much more favorably than others. That’s just the science speaking. What we’re asking is, “OK, is that science the best science? What other numbers are out there?”

But then there’s the bigger picture as well. How do you truly capture all a material’s benefits and detriments in its life cycle? Because some would argue that if you’re only focused on GHG emissions, that doesn’t really capture the whole story. Glass is a good example. Gypsum drywall is another one.

If you use the WARM model right now to analyze gypsum drywall, there’s not a tremendous benefit in terms of GHG emissions per ton recycled compared with, say, cardboard or aluminum. So then one could argue we don’t need to prioritize recycling gypsum wallboard. But if you were to talk instead about hydrogen sulfide production from the landfill or odor problems or other problems connected to hydrogen sulphide, you would absolutely argue that recycling gypsum drywall should be a huge priority.

Do you think the answers to those questions will be different in different parts of the country?

There may be some communities or states that are going to say, “Well, water is a bigger issue than greenhouse gas emissions, so therefore, we’re going to focus our priorities in respect to water.” Or other communities might look at social issues or job creation or things like that. Or it could be eventually that we have the ability to say, “OK what’s important to a state, what’s important to a community?” And then perhaps everybody offers their input and then you have a materials management goal or metric that isn’t based on just one thing. It’s based on multiple things that the community feels are most important.