Many exporters of recovered materials have increased the volume they send to Southeast Asia this year in an effort to fill the void left by China.

But recently, that strategy has become tenuous as well: Government officials and shipping lines have made a number of announcements indicating tighter import controls for recovered plastic and paper are possible in different areas of Southeast Asia. And in the case of Vietnam, restrictions and increased regulation have already begun to take effect.

The interview with Leon took place in early June. What follows is an edited transcript of the conversation.

Pablo Leon: By February of this year, we were starting to shift to some Southeast Asian countries. We already had some partners there that were taking our materials, but not big quantities before everything in China happened. To keep developing these relationships, we began to ship more materials there. It was mostly the good-quality [material] because after what happened in China it was very difficult to find an outlet for the lower grades. 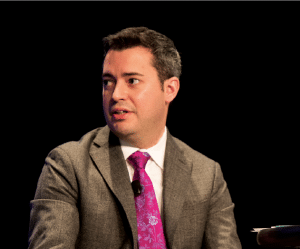 Pablo Leon of Spanish exporter Fosimpe S.L. said his company has had to work hard to keep up with shifts in Thailand and other countries.

They started taking these. Most of our partners had bought more machines from their equipment suppliers so that they could process more, because they knew that it was a good opportunity for them. Southeast Asia looked like the natural destination, because it’s close to China – the demand for pellets is still in China, because most of the marketers of finished products are still there.

In this area they all have free trade agreements with China, so for the Chinese it was cheaper to buy pellets from there than from Europe or the U.S. That’s one of the most important things: If they buy the pellets from Europe or from the U.S. directly, then they need to pay import tax.

We started shipping big volumes. We also saw some Chinese recyclers that opened facilities in Southeast Asian countries – mostly in Malaysia, Thailand and Vietnam. We have been shipping big volumes for a few months, and we even shipped more than before because these factories enlarged their capacities so they could handle very big volumes. And then, they started having some problems in Vietnam.

That was around the Vietnamese New Year (mid-February) and that’s when everything started to be delayed in Vietnam. The government was checking the import licenses and companies couldn’t get the customs clearance for their containers, so then containers started to pile up in the ports.

And Vietnamese ports, same as all Southeast Asian ports, they are not so big. They are not like in China. So they started to become congested.

The Vietnamese government issued import permits after that, or they renewed the current ones, but it was too late. And there were fewer import licenses than before. So the situation has not gotten any better, even though most of the containers that were stuck at the port in February have been cleared already. But there are many others that are still there.

Vietnam has been recycling plastic since much earlier than this, so I’m not so sure if they just want to get rid of this, which wouldn’t make much sense since they already have the industry, or if they are trying to regulate it.

We heard about these rumors [in Mid-May]. There was a raid by the police in Thailand. They did some inspection of an e-waste processor in Thailand. They said that they found some plastic garbage that cannot be recycled, and then they posted a photo of decent LDPE film in bales, which can totally be recycled.

I mean, the Chinese government made a decision. It can be judged in many different ways. But at least they knew the materials, they knew what they were doing and the goals they wanted to reach. But in these Southeast Asian countries, they don’t have as much experience, so I’m not sure how they are going to regulate it. They just label everything as “foreign garbage,” which is a very fashionable term. I hope that at least they get some accurate information before taking any measures.

Are you currently still able to send material to those countries – Malaysia, Thailand and Indonesia?

Yeah, we’re still able to ship materials there. Shipping lines are making it much more difficult now. Again, I think it’s because of what happened in Vietnam. Now, they ask for many more documents to make the bookings, and they are delaying everything.

Do you have an idea of what you’ll do if this continues to happen in Southeast Asia?

We have a few ideas, but for now we’re keeping with Southeast Asia, because these are markets we have been developing for a few years already. As long as we can ship material there, we will keep doing it.

But of course, we know that we need to be open to new possibilities, and that the regulations and markets have been changing so fast in the last 12 months. So we know that we have to be very flexible and start looking for more alternatives. But we haven’t made any final decisions.

Chinese companies have invested in Southeast Asia to bring their pelletizing operations there. How worried are they about these developments?

It’s a difficult moment for them. I talk to a few of them, and they’re not really sure what’s going to happen, because everything is happening fast.

Most of the countries that we work with, they have also started doing recycling in their domestic market. In Vietnam and Malaysia, they are also trying to get materials from there, but of course it’s not enough. They need more materials from other countries in order to make the factories profitable and in order to keep them running.

Colin Staub is a staff writer for Resource Recycling. He can be contacted at [email protected]