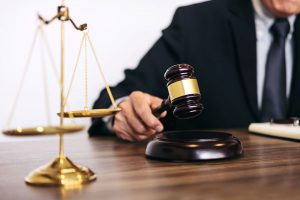 A legal petition seeking to block a major Waste Management trash-sorting facility in the San Francisco Bay Area has been denied.

The facility, a $120 million organics-focused plant Waste Management is developing in San Leandro, Calif., has been framed as a last defense to recover materials that residents improperly placed in garbage bins. It is proposed to process up to 300,000 tons per year of MSW, separating out organics and recyclables.

Resource Recycling first reported on the facility in April 2017. A month later, local environmental advocates Arthur Boone and Toni Stein filed a legal petition alleging a number of administrative errors regulatory agencies made in evaluating and approving the project. Although Waste Management has stressed it does not view the facility as a replacement or alternative to source separation, the petitioners and other critics expressed concern that citizens could become less diligent in their separation efforts when they learn about the sorting facility.

The legal petition in Alameda County Superior Court was centered on claims of several substantial changes to the project since it received relevant permits. The petition argued the changes necessitated revisions in the project’s environmental impact report. The petitioners also claim a number of changes were made over the many years of planning the project and that public notice and hearings were not provided in several cases.

The filing asked the court to remand the county’s approval of the project for “further proceedings requiring notice and a public hearing to the appropriate administrative agencies.”

With the case dismissed, barring an appeal, Waste Management is free to move forward with the facility. The company declined to comment to Resource Recycling.

Boone said he and Stein have not made a final decision on whether to appeal – he noted there are no large financial backers behind the petition, and that the legal fees have been in excess of $150,000 for the petitioners.

The San Leandro facility was born out of a contract between Waste Management and the city of Oakland. The contract requires the company to take steps to increase the city’s diversion rate. One identified method was to process trash and retrieve improperly disposed recyclables.

“Oakland’s intent was to get the highest possible diversion rates, and they felt they couldn’t entirely rely on customer participation to yield those very high diversion rates,” said Debra Kaufman, senior program manager with Alameda County, in a 2017 meeting about the facility.

Boone predicts the San Leandro project will be followed by other similar mixed-waste processing plants, as communities try to meet diversion targets, particularly in California.

“We have unenforced laws looking for regulations that will determine a lot of where we go here in California,” he wrote.