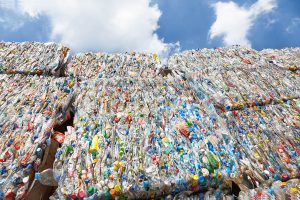 With China having recently shaken up export possibilities, industry leaders in the U.S. have amplified their calls for more domestic markets for recyclables. Two upcoming events aim to accelerate that process.

On April 3, the Northeast Recycling Council (NERC) is holding a “Markets or Bust” workshop outside of Baltimore. The following day, the National Recycling Coalition (NRC) is putting on its own event, “Recycling Markets Development in the 21st Century,” in Portland, Ore.

Here’s a look at how the two meetings on opposite coasts could help spark ideas and action around a critical industry topic that has taken on even more importance of late.

Moving forward by looking back

According to a leader at NERC, the group’s push for a special event centered on market development actually began before Chinese authorities shook the industry last summer by announcing a ban on certain imported recyclables and heavy restrictions on others.

“Last year, when we were preparing for NERC’s 30th anniversary, we were looking at NERC’s history,” said Mary Ann Remolador, NERC’s assistant director and event organizer. “We came up with a list of projects that NERC was involved in, and recycling market development was one part of that. People started saying we need to do more of this.”

Indeed, NERC regularly held events geared toward market development back in the 1990s, including an annual investment forum in which recycling companies would come before a panel and present ideas they needed financial assistance to implement. But Remolador said as federal funding dried up around the start of the millenium, NERC began focusing on connecting recycling stakeholders in different ways.

But the workshop in April will return the group to the days of markets-focused events. The agenda will feature talks by representatives from state governments, private industry, consulting firms and other entities. The workshop will focus on boosting domestic market opportunities for four material types: glass, organics, paper and plastics.

The structure of the event was determined by a planning committee that includes 11 people from different corners of the industry.

Among the speakers scheduled are Robert Isner from the Connecticut Department of Energy and Environmental Protection, Myles Cohen from Pratt Recycling, Betsy Dorn from RSE USA and Jonathan Sloan of Canusa Hershman Recycling.

Remolador noted that workshop attendees can expect a day of full participation. Breakout sessions will take place around all four of the targeted material types, and activities will encourage dialogue among different stakeholder representatives to solve some of the problems that have hampered local market development to date.

For example, in the paper and plastics sessions, attendees will be shown photos of different bales and asked to identify points of contamination. The differing interpretations could help highlight breakdowns in understanding along the recycling chain about optimizing bale value.

Meanwhile, in the organics-focused session, participants will be asked to help develop a business plan that an emerging compost operation could use to make sure the operation remains viable.

The idea is to give state and local recycling leaders the tools they need to assist entrepreneurs and established downstream businesses that are key to using materials domestically.

“NERC’s meetings are known for the fact we get industry and government in the room and we’re able to have productive conversations,” Remolador said. “It’s not to say everyone agrees with each other. But they know everyone has chance to say what’s on their mind.”

An organizer of the NRC event, which is being held in partnership with the Association of Oregon Recyclers (AOR), says the group also had market development in mind before China’s import action.

Marjorie Griek, NRC executive director, said she and others with NRC have believed for years it would be good to increase domestic markets for recovered materials, to reduce reliance on other countries and exposure to the vagaries of export markets.

But the recent ripples from China pushed NRC to actively bring interests together.

“We really look at this as an opportunity to bring some of those markets back and develop our infrastructure and create the demand here in the United States, rather than sending it all overseas,” she said.

NRC started talking with stakeholders in Oregon because the state has been heavily affected by National Sword. “They seem to be feeling it harder and probably to a greater extent than many other areas of the country, so it just seemed like that would be a great place to start,” Griek said.

The workshop will connect recycling company representatives with economic-development leaders, research-and-development experts from academia, manufacturers and trade organizations. The hope is the workshop explores what needs to happen to make it easier to start a recycled-content manufacturing business, what kind of specifications manufacturers would require, and more.

Success stories will also be explored, Griek said. For example, a presentation will cover how The ReWall Company has developed 100 percent recycled-content building materials from recovered food and beverage cartons.

“That’s just such a great example, and there are a number of those out there,” Griek said.

NRC is also planning to hold workshops in the Midwest and Southeast regions later this year. And from all the discussions, the group hopes to develop a roadmap to help others spark local markets for recycled materials, she said. Additionally, the NRC Markets Council is working to set up quarterly calls on market development.