Data Corner: The fate of plastics produced over 65 years

RRS utilized the data from a recent academic study, “Production, Use, and Fate of All Plastics Ever Made,” to construct a visualization of the life cycle of various plastics.

The paper, which appeared in the July edition of the journal Science Advances, determined how much virgin plastic was produced between the dawn of the plastics industry around 1950 and 2015. Researchers then estimated how much material went through different avenues.

They concluded that almost 80 percent of plastic waste generated has ended up in landfill or in our natural environment, and only 9 percent was recycled. 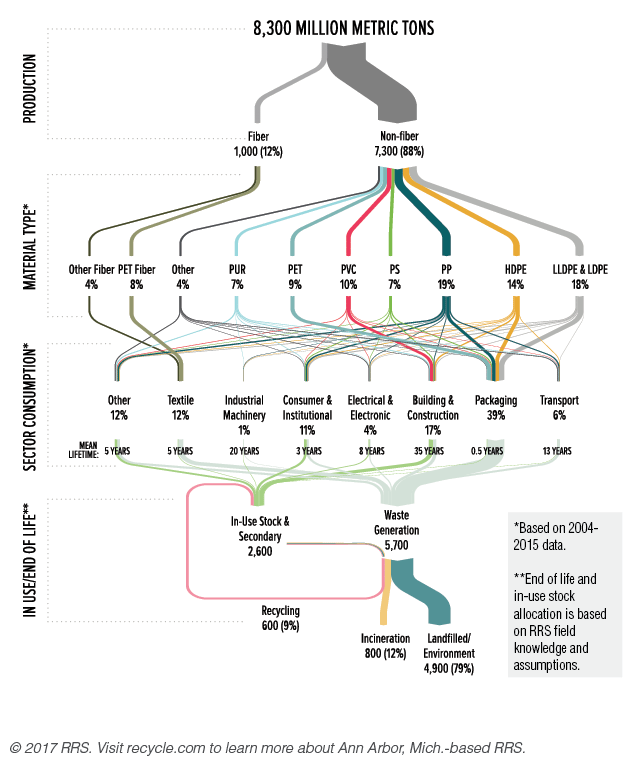