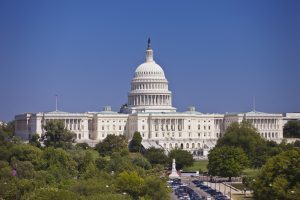 H.R. 1034, known as the Zero Waste Development and Expansion Act of 2017, creates a grant program within the U.S. EPA that would be funded with up to $100 million. The money would be available for projects in support of “zero waste” efforts around the country. The bill was introduced in February and referred to a House environmental subcommittee.

Ellison introduced a similar bill in July 2015, but it failed to advance out of the House of Representatives during the 114th Congress.

In brief remarks during a Nov. 8 hearing, Ellison, a Democrat who represents Minnesota’s Fifth Congressional District, expanded on how the bill would work and why he supports it. He placed particular focus on the economic opportunity the recycling industry presents.

“I view us as investing literally billions one day into this, because we’ll get back trillions if we do it,” Ellison said.

Local communities would be able to apply for the money, Ellison said, which would assist them in all manner of recycling investments. It could include setting up infrastructure such as new MRFs or composting facilities, making capital investments in vehicles and other equipment, and funding educational programs and outreach.

“A lot of times it’s doable, you just gotta learn how to do it,” Ellison said.

The legislation also aims to promote advancement of the recycling industry as a whole. Ellison described grants going to researching new technologies.

“There’s no reason why we shouldn’t be trying to extend the boundaries of what we know about recycling,” Ellison said.

Ellison offered his thoughts on various benefits of recycling, including cutting greenhouse gas emissions, job creation and waste reduction. He previously touched on several of these points in an interview with Resource Recycling, as well as at the 2017 Resource Recycling Conference in Minneapolis.

Ellison also referenced the restrictions on scrap imports into China and described the situation as a chance to bolster domestic industry.

“This is a blessing in disguise – maybe not even in disguise,” he said. “This is an economic opportunity for somebody to say, ‘We’ll take that stuff and we’re going to turn it into useful stuff all over again.’”

Several members of the business community were in attendance, including a representative from the American Sustainable Business Council. Ellison touched on the economics of recycling, stating it provides an entrepreneurial opportunity for investment and should be thought of as such.

Finally, he referenced the possibility of placing mandatory requirements on packaging producers for recyclability or compostability. Some packaging materials currently in use are cheap, he said, but only because the cost associated with their use is externalized.

The hearing also featured representatives from Eureka Recycling, anti-incineration group GAIA, the Institute for Local Self-Reliance, the Sierra Club and others. 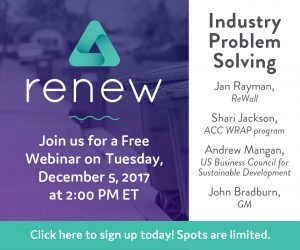