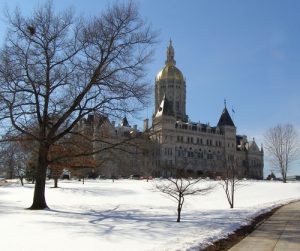 Two pieces of legislation recently introduced in Connecticut aim to reshape the state’s deposit system. One bill expands the state’s 5-cent deposit on beverage containers, and the other removes it.

Senate Bill 996 eliminates the deposit program and instead levies a 4-cent “recycling fee” on each covered beverage container. The fee revenue, to be paid by consumers, goes into a new account within the state’s general fund to be spent on improving recycling efforts in Connecticut.

The recycling fee model is similar to the program implemented by Delaware in 2010. A 4-cent fee was added to each covered beverage container. Delaware’s fee system generated approximately $6.7 million for a state-run recycling fund, which used the additional money to award grants for recycling and waste-reduction programs. The fee requirements expired in 2014.

Connecticut’s bill makes clear Delaware’s program is the model for the proposal, although there are some differences. For example, unlike Delaware’s model, the Connecticut recycling fee would have no sunset date.

A separate Connecticut proposal, Senate Bill 995, effectively doubles the deposit paid on a number of containers by implementing a 5-cent bottle cap deposit. Its wider goal is to cut down on the amount of marine debris generated from a number of materials.

In addition to the cap deposit, the handler’s fee effectively doubles, as businesses accepting covered containers would receive a 1.5-cent handler’s fee for the cap as well as the container.

The bills were introduced by the Senate’s environment committee March 8, and a public hearing on the proposals was held last week. Representatives of recycling companies, bottlers and other organizations testified on the bills.