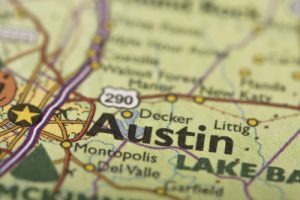 An effort in Austin to collect clothes at the curb aims to bolster convenience for residents, but nonprofit groups say it does so at the expense of established social programs.

The city launched curbside textiles collection on Dec. 5, contracting with Ohio-based Simple Recycling for collection and processing of clothing and other textiles. Austin, a city of nearly 890,000 residents, represents the largest city yet to contract with the company. Simple Recycle provides its services in more than 50 other communities.

Austin’s goal is to divert much of the roughly 3,300 tons of textiles that are disposed in a landfill annually. The city has a roughly 42 percent diversion rate for those materials, according to the most recent figures, and its target is 75 percent by 2020.

Under Simple Recycling’s business model, the service is provided for free to the taxpayers. According to the city, the company will pay the city $20 per ton for collected material, sell the collected items and keep the remaining profits. The material is collected on the same day and week as customers’ regular curbside recycling collection. Simple Recycling trucks pick up the material and take it to a warehouse for sorting.

According to a January memo from the city manager to the Austin City Council, after the launch, members of the nonprofit and reuse business community “voiced concern that the service might negatively impact donations to their organizations” and asked that the service be ended.

The city can cancel its three-year contract with the company without cause, but if it does, Austin can’t begin a similar program for three years. Public funds might also be on the line to reimburse Simple Recycling for start-up costs, terminated contracts and personnel expenses.

The city council met last week to make a decision. Austin Resource Recovery, the city’s solid waste department, recommended the contract be allowed to continue, given the downsides of termination. The council voted to allow the contract to continue, but also to have the city manager look into options for amending the contract and to report back within six months with more information. In the meantime, the city plans to initiate a program that encourages households to donate usable items to local nonprofit organizations.

Representatives of numerous nonprofit organizations urged the council to cancel the contract immediately. They explained that not only do they already reduce textile waste through accepting donations, but the new program reduces revenue that funds the social services they provide.

“We are taking textiles, the very things that go in those (Simple Recycling) green bags, and turning them into changed lives,” said Jan Gunter of the Salvation Army.

“So it’s really a matter of convenience for folks, and whether that convenience is getting more things to the landfill,” Alison Alter, a city council member, said at the meeting.

Simple Recycling founder Adam Winfield told the council he supports the nonprofits and that the company’s goal is to take textiles out of the waste stream, not out of the donation stream.

“I agree that if all that material was going to those organizations there would be no place for us, but it’s not,” he said. “It’s going in the trash can and ending up in the landfill, and offering a convenient alternative to throwing it in the landfill as a last resort is why we exist.”

He added that the Austin response is the first time there has been such an outcry over his company’s presence. 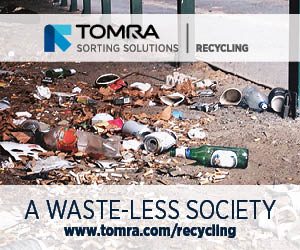