In My Opinion: Ignore city council at your own peril 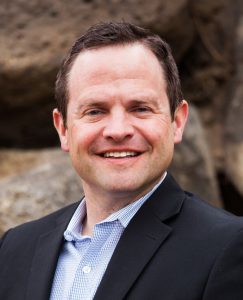 There are few industries more intertwined with local government than recycling. The means, frequency and price for collecting recyclables from consumers and businesses are commonly regulated by the city or county.

Given the numerous touch points between local government and recycling companies and groups, one would expect city and county decision-makers to talk about recycling issues. At Waste Alert, we know that’s the case because every week we review city council and county commission agendas and minutes for our solid waste and recycling industry clients.

We knew the particulars but were curious about the overall picture for 2016. So we decided to analyze our 2016 results to find out.

The results showed an aggregate total that far exceeded our expectations. The Waste Alert 2016 Report analysis found that 19 percent of local government meetings addressed solid waste or recycling topics. In other words, city councilors and county commissioners talked about solid waste and recycling in one out of every five meetings.

The sheer frequency should serve as a wake-up call for the recycling industry. Local regulators are talking about the industry at least every month or two. I used to be a mayor, and I know that once city councilors start talking, the outcome is uncertain. Uncertainty and business don’t get along very well.

From discussion to profit problem

The nature of discussions and actions our report tracked ranged from requests for franchise exemptions to plastic bag fees to concerns about recycling provider service levels. For example, in one Wyoming jurisdiction, citizens and city councilors alike expressed concern about the hours a privately owned recycling facility was open to the public. That concern eventually became a significant issue for the provider.

The reality is that when local governments have significant issues, it can become very expensive for recycling companies, because local jurisdictions frequently have at least the potential to shut down a company’s operations. But even less severe outcomes are costly. Staff time – usually leadership staff time – as well as attorney and consultant fees add up quickly. Moreover, to the degree the issue eventually ends up in the media, there is potential damage to a company’s reputation.

So what should a recycling entity do to avoid problems? The key is to identify the issue as early as possible. As with most things, local government action has a snowball effect. It may begin with an off-hand comment by a city councilor, develop into a work session discussion and eventually become a proposed ordinance.

The media typically do not become interested until action is about to be taken, which is too late. Fortunately, recyclers can develop local government intelligence resources and stay ahead of the game.

Recyclers should be primarily concerned with two local government source documents: agendas and minutes. Agendas are published prior to a meeting and describe generally what the meeting is about. For example, an agenda might show that a city council will vote on the second reading of an ordinance requiring food waste recycling within city limits. If you care about food waste recycling, you can contact city staff or city councilors to let them know your opinion in an attempt to affect the discussion and, ultimately, the ordinance.

Minutes, meanwhile, are the written record of what happens in a meeting. Minutes are published after the meeting and include varying degrees of detail about what the city councilors, county commissioners, staff and the public say during a meeting. Using the food waste example, minutes will tell you what the councilors said about food waste, which councilors are in favor and which opposed, and what the next procedural steps are for the policy.

Also — and this is really important — minutes show what meeting attendees said even when what they talked about was not on the agenda. It may not surprise you that elected officials can veer off topic during a meeting, and sometimes what they say when they do is critical intelligence on upcoming waste or recycling actions.

The good news is that most cities and counties post agendas and minutes online. Some, particularly smaller jurisdictions, do not. Waste Alert has to mail a written request for minutes to one city, for example. For recyclers operating across multiple jurisdictions, tracking activity at scale can be a problem.

Opportunity amid the interest

Given that solid waste and recycling companies are highly reliant upon city and county relationships and susceptible to their regulations, the question is not whether these companies should track local government activity, but how they should do so.

Recycling stakeholders must, of course, remain vigilant to city and county actions that threaten their business model. On the other hand, cities’ and counties’ consistent interest in waste and recycling presents opportunities for private companies to adapt to the changing interests and needs of American communities.

Jeff Eager is founder and CEO of Waste Alert. He served as mayor of Bend, Ore. from 2011 to 2013 and is a practicing business attorney specializing in solid waste and recycling franchise issues. He worked on Capitol Hill and has worked in and with local government in a variety of capacities. He can be reached at [email protected] Readers can download a free copy of the Waste Alert 2016 Report.