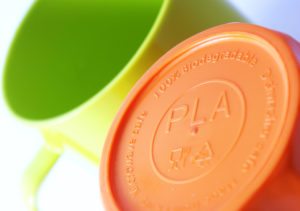 Innovators in the resin realm often get a bad rap for prioritizing functionality over recyclability. But according to one bioplastics executive, end-of-life is still top-of-mind for many companies developing cutting-edge materials.

In a webinar earlier this month, Steve Davies of PLA resin manufacturer NatureWorks pointed to estimates that show only 14 percent of plastic material globally actually gets recovered, and he said those types of statistics keep him and his colleagues up at night.

“We are always thinking about how to avoid being part of that 86 percent,” Davies noted.

The question of how to make such resin recovery hopes a reality as the plastics industry rapidly evolves was the focus of the Dec. 9 Pac Next webinar that featured Davies as well Marina Pietrosel of the SustainableStrat consultancy and Mike Centers of Titus MRF Services.

The resin produced by Davies’ company serves as a prime example of how developments in sustainability, marketing and technical innovation are complicating the world of plastics recycling and leaving stakeholders searching for solutions.

NatureWorks’ Ingeo brand of PLA is derived from biobased sources instead of petroleum. The resin is used in a variety of applications, including food-service items, films and durables, competing with PET, PS and others. Ingeo and other PLAs are often marketed as biodegradable or compostable plastics.

Ingeo usage has grown steadily since the product was introduced in 2003, and Davies said that the recent expansion of a Dutch PLA maker is the latest indication of growing demand for this type of product.

The issue for recycling stakeholders, however, is that PLA plastics don’t have a defined slot in the plastics recovery pipeline. Like many other newer types of resin and packaging, sortation capabilities and downstream markets haven’t kept up with the growth of the plastic in the marketplace.

Pietrosel of SustainableStrat discussed one series of tests that’s hoping to help the industry begin to resolve the recovery conundrum, at least as far as PLA is concerned. In a collaboration with food and water company Danone, researchers tested whether yogurt cups traditionally made of HIPS plastic would behave differently at recovery facilities if they were made of PLA instead.

The recent tests involved seeding 600 cups of each type of resin into the regular stream flowing through a recycling facility. The trial was repeated at five separate facilities across Canada, and results showed that the vast majority of cups ended up in the mixed plastic bale regardless of whether HIPS or PLA was used.

“Switching to PLA will not affect the stream,” said Pietrosel. “Both ended up in mixed plastics when recovered and neither have big impacts on other materials being targeted.”

While the yogurt cup work was only a limited trial, Centers of Titus MRF Services said his company is trying to prove that capturing PLA and other resins that are not typically targeted can actually pencil out on a commercial scale.

Titus is an equipment provider that in 2013 opened a “secondary materials recovery facility” in the Los Angeles area. The operation, which employs 25 workers on one shift, aims to capitalize on the leftovers from more traditional MRFs.

Titus takes in shipments of mixed materials from facilities that are focused only on the highest value commodities, and it isolates resins such as PP, PETG, PLA, EPS and PVC. At the same time, it aims to capture other recycled commodities, such as glass and aluminum, that didn’t get captured by the first MRF.

“Right now, from a typical mixed bale in North America, about 30 percent of the material ends up in the landfill,” Centers said. “We’re a pathway for recovery of emerging materials.”

While just one Titus secondary MRF is operating currently, Centers said the long-term plan is to build more plants in other markets. Ideally, each facility would take in material primarily from its surrounding metropolitan area and then feed manufacturing in that same region.

He noted that the biggest obstacle right now is just finding those mixed bales.

“If we get the material in, we know we can sort it and market it,” said Centers. “But if we don’t have material from MRFs, we’re at a standstill. We’re looking for more partners.”

And when newer types of plastics are separated, where can they go from there? Davies noted NatureWorks hopes to eventually take in recovered PLA, and he said the company has been in talks with a maker of plastic used in 3-D printing to bring recycled-content PLA into that material.

“We see ourselves as an end market,” Davies said. “We know the properties of this material well and think we can determine where to put post-consumer material.”