MRF of the Moment: Facility houses advanced equipment in a tent-like structure 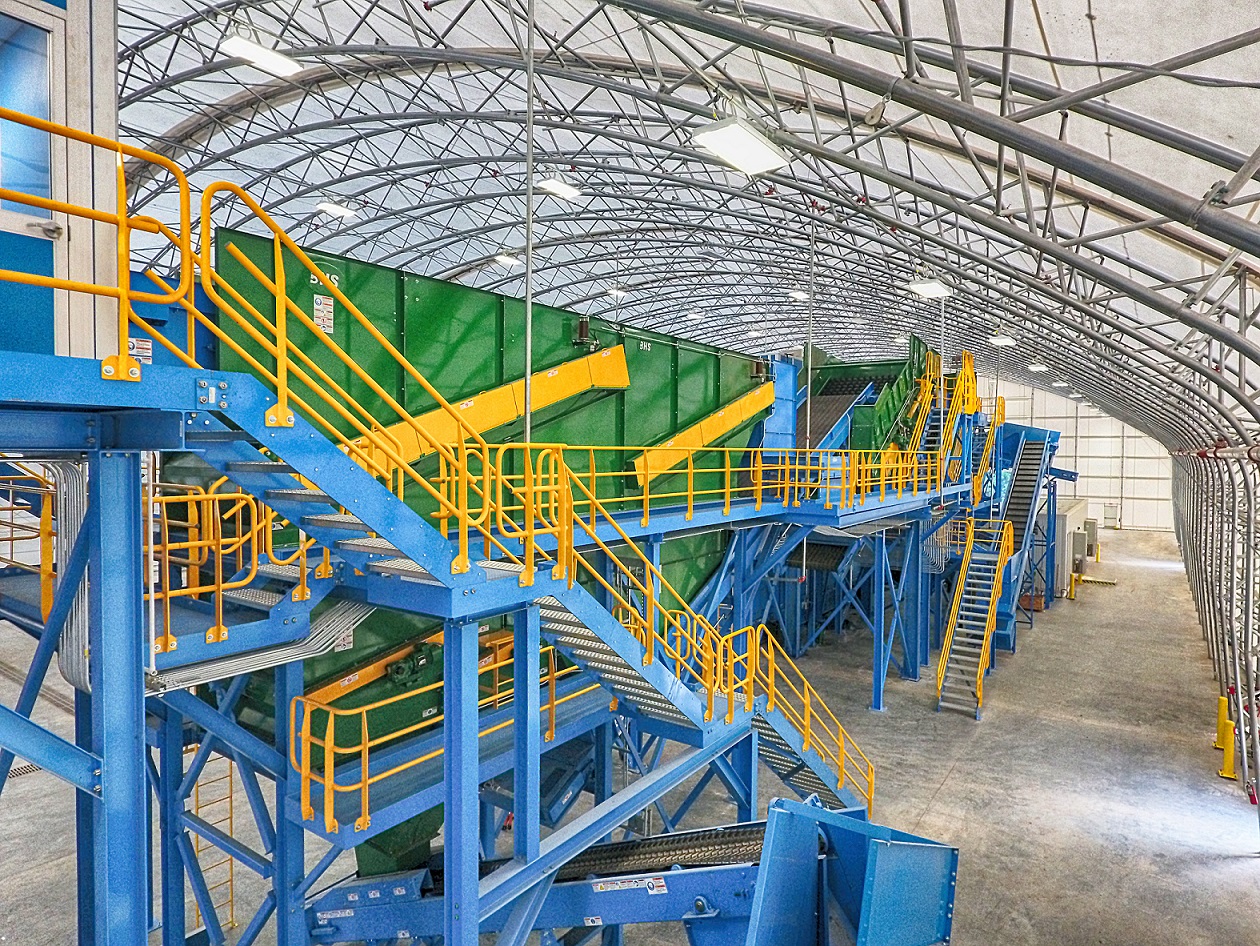 A new big top has opened in the Florida panhandle, but instead of housing animals and circus performers, the building holds the latest in advanced single-stream sortation equipment.

“Because resources are limited, our company’s focus is capturing value that might otherwise be lost,” Ted Pierpont, BHS director of sales, stated in a press release.

The line is housed in a tent-like structure that provides a clear span 162 feet wide and 54 feet tall. The structure cost about $500,000 less than a 35-foot-tall steel building would have cost, said Nathalie Bowers, ECUA spokeswoman.

The line also includes an eddy-current separator targeting aluminum, a Nihot glass cleanup system to remove contaminants from the recovered glass stream — NRT and Nihot are both BHS companies — and BHS’ Metering Bin Liberator Class, which is equipped with bag-ripping teeth to open bags and ease downstream separation.