The pillars of organics recovery, part 1 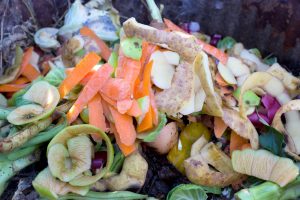 This is the first in a series of four articles that will discuss three codependent variables that must be addressed as part of any attempt to capture food waste from residential, institutional or commercial settings. Each variable has its independent challenges that must be overcome, but it is in the interaction of the three variables where success or failure will ultimately be determined.

Most of what will follow will be no secret to those intimately involved in the practice of solid waste management. It will, however, explore some territory that may be new to policy analysts, environmental advocates and elected officials – these are individuals more familiar with environmental activism and the politics of recycling than with the subtleties associated with practical implementation.

In part 1, we’ll look into the role of the generator. Often, program leaders will not fully frame the role of generators until years after the actual implementation of a source-separation program – when costs have already risen and participation has faltered.

A wide range of people can act as material generators. A generator could be a resident, a household, a maintenance worker, a business employee or a business manager – all play a critical role in the success or failure of any attempt to recover food waste from the refuse stream through source separation. These are the households, institutions, and – most importantly – individuals that will determine whether designated organic materials targeted by the jurisdiction are successfully recovered. The frequency and quality of their participation will be the difference between success and failure.

Often source-separation programs for food are instituted with a degree of unwarranted optimism regarding participation. Such optimism is particularly unwarranted when factors like accountability are considered. Monitoring and tracking actual participation typically focuses on a simple yes or no question: Has something been set out for collection? And even this base level of monitoring requires a system by which collection workers report back non-compliance upon completion of a route, and that is often an impractical system to institute.

Some communities have adopted the use of RFID (radio-frequency identification) tags contained within collector-supplied receptacles to monitor electronically, rather than manually, the set-out habits of the community. This step is costly, but it’s a useful expense if used alongside public education and enforcement efforts to boost flagging participation and capture rates. However, if not used in this manner, RFID tagging is an extravagant expense that merely satisfies the growing desire for more data but without any practical return on investment.

Because enforcement of participation is both very difficult logistically as well as politically unpalatable, programs are usually instituted as voluntary. It’s important to remember participants are also voters and political donors who may see enforcement as unacceptable, particularly for a program they believe requires them to perform less-than-pleasant tasks such as separating rotting food from the rest of the household garbage.

But still, programs must seek to know participation rates and improve them when needed. Regardless of whether they are evaluated on economic or environmental criteria, collection programs cannot be maintained without sustained and reliable participation on the part of the generator. The generator must regularly set out source-separated food scraps with at least the same frequency as refuse set-outs and in volumes close to full participation concerning the items targeted. In other words, if food scraps and other organics represent 20 to 30 percent of the solid waste stream prior to the introduction of an organics collection program, then participants regularly must set out that portion of the waste stream now targeted for separate collection. Of course, there will be a period of behavioral adjustment during which participation will grow as participants become more accustomed to the program’s requirements and as the requirements become integrated into the routines of generators.

Why is it so important to achieve robust engagement in a relatively short timeframe? Typically, introduction of an organics program means the collection program’s vehicles and workers will be needing to cover three to four times the prior service area, assuming 100 percent participation and capture, at least so long as the new collection truck picks up only the newly targeted material.

Semi-automated, dual-bin and multi-bin collection vehicles can partially offset the inefficiency caused by poor participation but cannot eliminate it entirely. Lesser participation and capture will increase the required distance and time required well beyond what is physically achievable during a single collection-worker shift – lower volumes set out at each stop equal the need to travel greater distances to achieve the same efficiency. In addition, lackluster public participation in an added component of a waste management program may result in the program as a whole becoming more burdensome on the environment, through a net increase in vehicle miles traveled.

Of course, the frequency of set-outs is only one of the major program factors in the hands of generators. Another is the participants’ adherence to the program’s set-out requirements.

If participants are asked to set out only source-separated organics, then any inclusion of non-organics with organics undermines the system’s efficiency. Contamination is primarily a program design challenge. To the extent that residents and institutions are allowed to use traditional plastic bags to provide a “convenience” incentive for them to boost their participation in a food waste recovery program, contamination will exist.

This issue needs to be primarily addressed at the generator level through outreach, education and enforcement. However, no practical – meaning financially and politically acceptable – level of outreach, education and enforcement can reduce contamination entirely or even to a degree sufficient to eliminate the need for processing (de-contaminating) the source-separated food waste collected.

That being said, non-organic contaminants are not in and of themselves a trigger for the failure of an organics source-separation program. Within reason, non-organic contaminants can be managed with the appropriate infrastructure to absorb them, and this is a theme that will be explored further in a later installment of this series. In short, when contamination reaches high levels, the answer may be greater financial investment on the part of the initial processors of the collected source-separated organics so it can be prepared as a viable feedstock.

Getting buy-in from participants

Far more important even than contamination to the success or failure of a curbside program is insufficient and infrequent set-out by participants. For organics recovery programs that rely upon source separation and set-out of organics by the generator, the generator’s daily and consistent actions are the key to that program’s success or failure. While the collector’s actions and those of the processor are also critical, the entire edifice of this type of program design relies most heavily upon the generator.

The targeting of any item in the solid waste stream for source separation by those serviced by collectors requires first an understanding of the generators’ relationship to the particular post-consumer castoff to be targeted. Where are items generated in a household or business? What is motivating potential participants to redirect the item from disposal to recovery? And finally, what is the generator’s psychological relationship to the targeted item?

Let’s apply those questions to the food sphere. For most people, the putrescible nature of food waste sets it apart from other post-consumer castoffs that have already been designated by cities, counties and businesses for recycling in the past. Items such as mixed paper, for example, are non-putrescible and typically have little or no contact with putrescible food waste.

Of the previous types of items targeted for recycling perhaps only bottles and cans have a relationship to the consumer that is similar to that of food waste, but to a far lesser degree. While a generator might be willing to empty the liquid contents of a bottle or can to prepare it for set-out, most participants will be less likely to intercede to remove contaminants from organics.

People throw out food waste when they have determined it is no longer useful to them. Someone cleaning out their kitchen refrigerator of spoiled food is likely to throw a plastic bag full of spoiled broccoli into the trash or, if he or she is more optimistic, into the organics can. But in either instance, the individual is most likely to do so without first freeing the broccoli from the plastic bag as well as from the rubber bands that may surround the produce.

In terms of its nuisance factor for the generator, food waste is a whole order of magnitude different from other materials targeted for recovery. If food waste is to be successfully integrated into a source-separation program, we must first accept that people have a fundamentally different relationship with food waste than they do with any other post-consumer castoff.

As members of a modern society, we mostly live in relative isolation from natural processes. On a visceral level, putrescible food waste is an intimate reminder of our own limited shelf life as an organic life form. Understanding that fact goes a long way toward explaining some of the very real challenges source-separation programs encounter when trying to achieve full compliance from generators.

The same psychological barrier that prevents greater participation and engagement by residents with their food waste also explains to a degree why many environmental advocacy NGOs have failed to address biosolids to the same extent that they have focused upon post-consumer recyclables – even though from a generator, collector and processor standpoint, the infrastructure already exists to facilitate more environmentally beneficial alternatives to disposal. With biosolids, the generator has no choice but to contribute, daily, unless they plan on running afoul of basic hygiene and the fundamentals of membership in society. Furthermore, the collections and processing infrastructure is mandated and supported by federal, state and local law.

Without denying the need to target food waste, it may in fact be worth asking why there has been such a focus on the food realm rather than this most readily available and recyclable form of food waste, which already arrives pre-processed by the generator.

In the next installment of this series, we’ll take one step downstream and analyze the collector’s role in the recovery of food material.

Robert Lange was the prime architect of New York City’s recycling program and director of the Department of Sanitation’s (DSNY) Bureau of Waste Prevention, Reuse & Recycling for 20 years. Just prior to leaving city service in June, Lange was responsible for the Office of Beneficial Reuse Planning, Infrastructure Development & Management, within the Bureau of Solid Waste Management of DSNY. He recently accepted a position as the commissioner of a solid waste management authority on Long Island. He can be reached at [email protected].